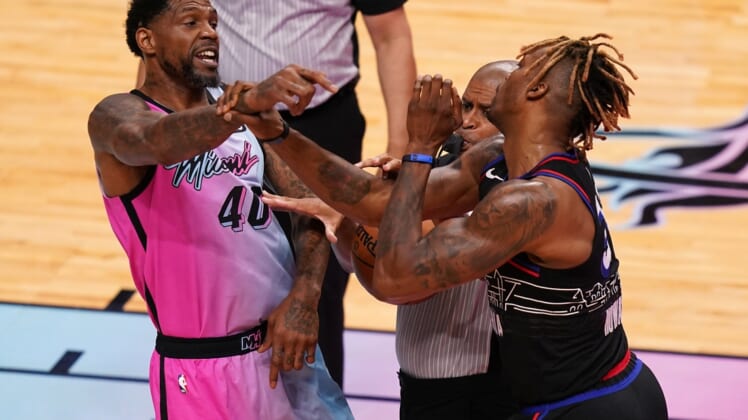 Philadelphia 76ers center Dwight Howard will serve a one-game league suspension Friday night after picking up his 16th technical foul of the season in Thursday night’s loss to the Miami Heat.

The Sixers (47-23) have lost two in a row but still lead the Eastern Conference by one game over the Brooklyn Nets (46-24) entering Friday’s road game with the Orlando Magic (21-49).

Under NBA rules, a player or coach is automatically suspended without pay for one game once he receives his 16th technical foul during a regular season. For every two additional technical fouls received during that regular season, the player or coach will be automatically suspended without pay for an additional game.

An eight-time All-Star and three-time NBA Defensive Player of the Year, the 35-year-old Howard is averaging 7.0 points and 8.4 rebounds in 68 games (five starts) in his first season with Philadelphia.