Hall of Fame quarterback Peyton Manning could become one of the highest-paid analysts in sports, but the former Indianapolis Colts and Denver Broncos star could turn that down to take part in a bidding war for a piece of his former NFL team.

The Broncos are expected to be put up for sale this spring, years after longtime owner Pat Bowlen passed away. The franchise has been operated by a trust overseeing day-to-day operations, with Bowlen’s children engaged in a legal battle over rights to the NFL team.

But there’s a growing expectation the Broncos will be available for purchase this offseason and the team’s legendary quarterback might get involved. 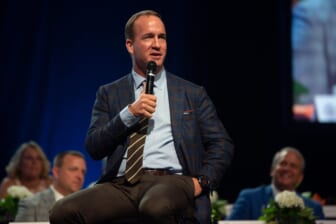 CBS Sports’ Jason La Canfora reported Monday that there is a strong sense following the NFL meetings this week that a Broncos’ sale could be fast-tracked this spring. If it happens, Manning is reportedly “very interested” in obtaining a stake in the franchise and taking on a management position within the front office.

Manning, who currently serves as an analyst along with Eli Manning on ESPN’s Monday Night Football simulcast, has long expressed a desire to remain involved with the NFL. Viewed as a future general manager and even floated as an eventual NFL commissioner, buying partial ownership in the Broncos would be the next step in his post-playing career.

The 45-year-old signed with the Broncos in 2012, winning a Super Bowl with the franchise and is a member of the Denver Broncos Ring of Fame. He currently resides with his family in Denver, making it even more likely he will be involved in the team’s future when new ownership takes over. 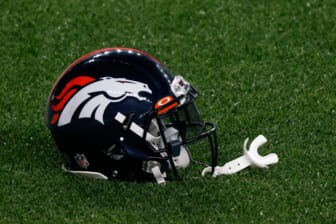 Any potential sale would need approval from NFL owners. Given the Carolina Panthers sold for an NFL record $2.275 billion in 2018, any purchase of the Broncos will likely shatter that mark in 2022.