Pete Carroll: Marshawn Lynch ready to handle more of a workload for Seahawks vs. Packers 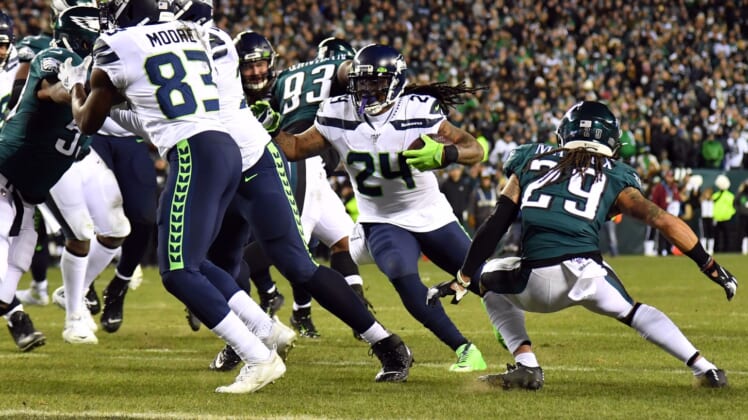 The Seattle Seahawks are ready to unleash Beast Mode. Head coach Pete Carroll said Monday that Marshawn Lynch is ready to handle more of a workload against the Green Bay Packers in the divisional round.

Whether that’s a good thing for the Seahawks remains to be seen.

This past Sunday against the Philadelphia Eagles, Lynch did a couple of positive things — the stiff-arm on the sideline and powerful touchdown run being the highlights.

It was a far cry from the encouraging performance from Lynch and Homer one week prior against the San Francisco 49ers. If Lynch can get a bit more space to move this weekend against the Packers, then perhaps he’ll have a bigger impact for the Seahawks.