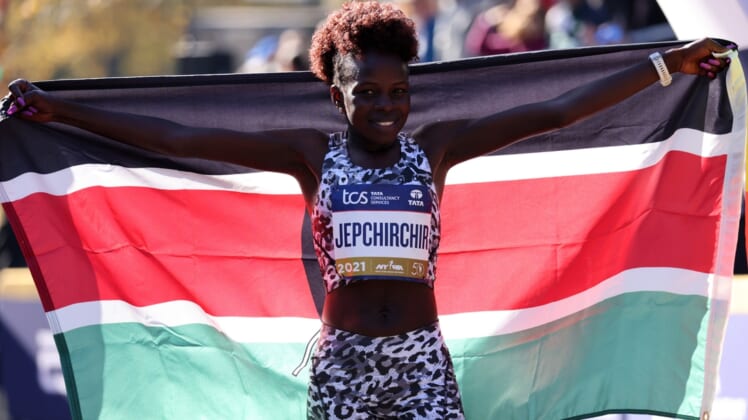 With her victory in the Boston Marathon on Monday, Peres Jepchirchir of Kenya became the first athlete to win an Olympic marathon gold medal and the New York City and Boston marathons.

Competing in Boston for the first time, Jepchirchir won a back-and-forth finish against Ethiopia’s Ababel Yeshaneh. Kenya’s Mary Ngugi was third and Nell Rojas was the top American finisher in 10th place.

It was the first major marathon victory for Chebet.

Switzerland’s Manuela Schar won the women’s wheelchair competition for the fourth time and Daniel Romanchuk of the U.S. won his second Boston title in the men’s wheelchair race.

It was the first time since 2019 that the marathon took place on its traditional spring date on Patriots’ Day. The 2020 race was canceled due to the COVID-19 pandemic, while the 2021 edition was held in October.