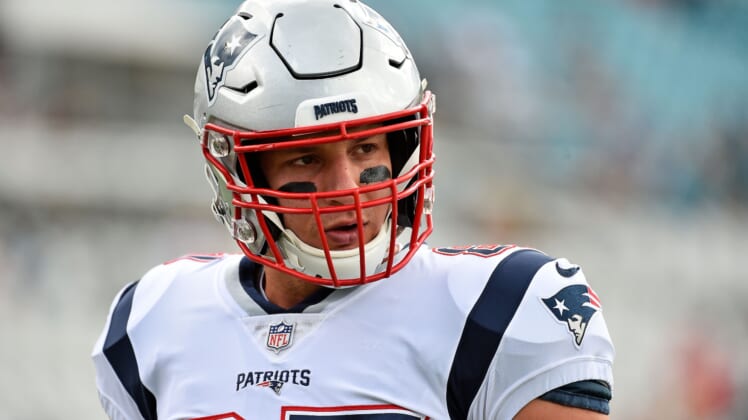 With his New England Patriots set to take on the Detroit Lions Sunday night, star tight end Rob Gronkowski is dealing with another injury.

According to NFL Media’s Ian Rapoport, Gronkowski was listed on the Patriots’ practice report Thursday as limited with an ankle injury.

#Patriots TE Rob Gronkowski was added to the team’s practice report with an ankle injury. He was limited.

Normally, this wouldn’t be considered a big deal. That’s until we realize Gronkowski’s injury history. He’s missed at least one game to injury each of the past six seasons, including 10 of the Patriots’ past 34 regular season games.

Gronkowski, 29, has posted nine catches for 138 yards and a score in two games this season. He’s the team’s leading receiver.

With Julian Edelman suspended and Josh Gordon questionable to go Sunday after being acquired earlier in the week, Tom Brady will need Gronk near 100 percent in Week 3. That’s for sure.