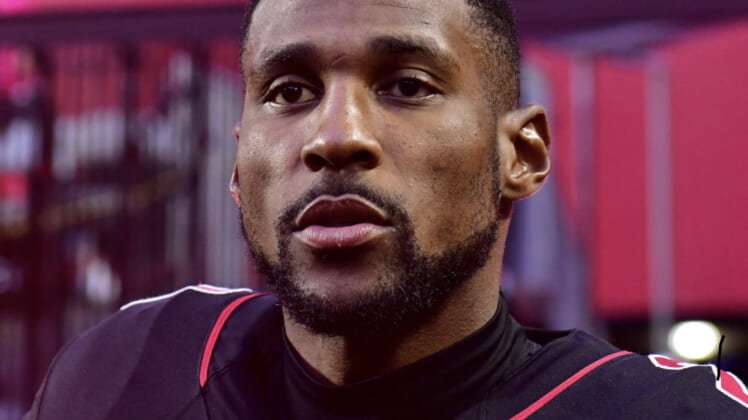 There hasn’t been much in the way of trade rumors surrounding Arizona Cardinals cornerback Patrick Peterson for a while. Yet days before the draft, and suddenly there’s plenty of smoke again.

Former NFL wide receiver Antonio Bryant tweeted out that he heard Peterson would be traded to the Kansas City Chiefs.

Then, Pro Football Talk responded by saying that’s not true, but that “something is going on with Patrick Peterson” and that “he could indeed be gone from Arizona.”

Just a few short minutes after this, however, Pro Football Talk said nothing is going on.

All this just goes to show that you can’t believe much of anything this time of year.

That said, there is some reason to think there could be something going on.

Last year, Peterson was said to be seeking a trade. However, he issued a statement after trade rumors ran rampant and made it clear he was committed to the organization.

One of the best cover men in the NFL, Peterson has been a star since being selected No. 5 overall by Arizona back in 2011. Over the course of his career he has tallied 23 interceptions and three sacks and is generally a man quarterbacks look to avoid.