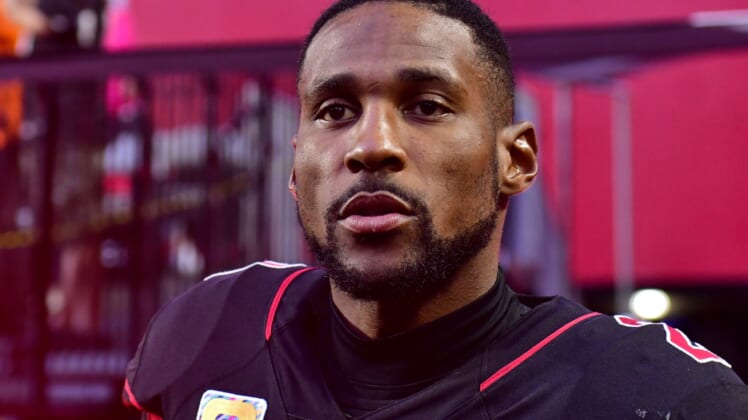 Peterson reportedly declined to appeal the suspension, and the length of six games indicates he attempted to use a masking agent to cover up his activity.

The big picture: Peterson has been among the league’s best at his position ever since being selected No. 5 overall during the 2011 NFL Draft. He’s also stayed out of trouble off the field and has been seen as a team leader. Now, his resume will have a gigantic asterisk attached to it.

Stellar since his rookie season: A first-year starter for Arizona, Peterson has never missed a single start in his eight-year career while shutting down the league’s best on a regular basis.

Mind you, much of this has been accomplished while NFL quarterbacks have steered clear of throwing Peterson’s way.

Additionally, his resume includes some impressive notes from his time spent as a punt returner.

Not surprisingly, Peterson has made the Pro Bowl eight times in eight pro seasons. He’s also been voted onto three First-team All-Pro squads.

Besmirched: Now we’re all left to wonder how long Peterson has been using performance-enhancing drugs.

Consequences: The suspension brings with it some immediate penalties.

His legendary streak of eight consecutive Pro Bowls will not continue. The suspension makes him ineligible to be selected for the coming season’s Pro Bowl.

Additionally, Peterson will miss out on nearly $4 million in salary while on suspension (without pay).

On top of the personal blow this suspension is to Peterson and his reputation, it comes at a brutal time for the Cardinals as an organization.

Now they’ll have to come up with two cornerbacks — and it’s questionable whether they have even one outside of Peterson on the roster — who are starting-caliber for the first six games of the season.

The bottom line: A player who has until this point had a flawless resume as a pro, Patrick Peterson will now have the PED user label attached to his reputation for the rest of his career.

Even before the suspension, reports were heating up that Peterson was not happy with the Cardinals, and trade rumors have abounded. Now, all that talk can be put to rest, at least for the foreseeable future unless Arizona feels motivated to move him ahead of the deadline in light of this latest development.