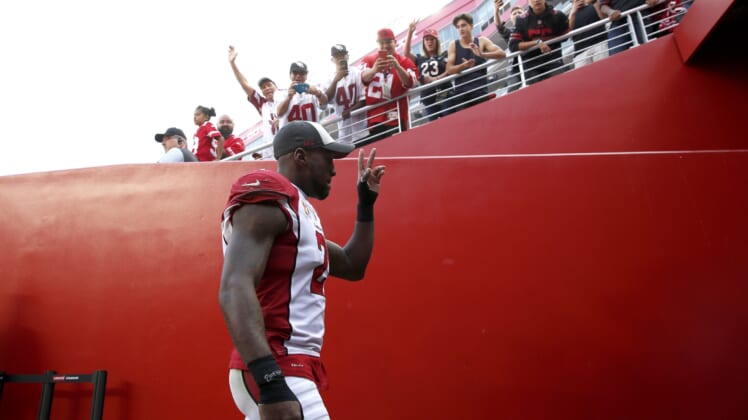 After reports emerged before the 2019 NFL Draft that he is disgruntled with the organization, recently suspended Arizona Cardinals cornerback Patrick Peterson is now trying to clear the air.

According to Shane Dale of ABC 15, Peterson says his relationship with Arizona is great and there are no issues between the two sides.

Reports emerged in April that the All-Pro cornerback was on the trade block in the lead up to the NFL Draft, though nothing ultimately came of it.

Now Peterson is set to serve a six-game suspension after failing the NFL’s performance-enhancing drug test this offseason. He will not be appealing the suspension and will be eligible to return before the NFL’s trade deadline.

While Peterson now seems at least content with his situation, a door can’t be closed on a potential trade. Though at least for now, especially because of the suspension, he’ll be staying with the Cardinals through at least the start of the regular season.