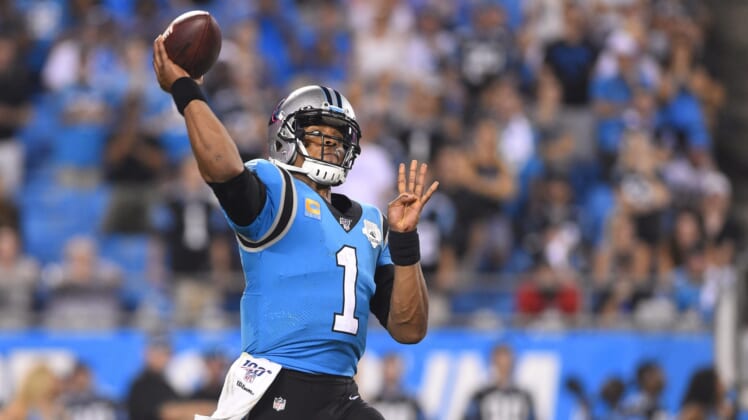 The Carolina Panthers ushered in a new era when they hired Matt Rhule as head coach. Now, as the organization considers its future, the Panthers will reportedly explore trading Cam Newton this offseason.

Newton, who underwent surgery to address a Lisfranc issue, missed 14 games this past season and will turn 31 before the 2020 season. The Panthers are focused on making moves that fit into the team’s long-term plans and, per NFL Network’s Ian Rapoport, that will lead to them exploring potential trade options for Newton this offseason.

The Panthers are likely waiting until Newton is healthy and able to show that he is 100 percent for the new season. Once that happens, there are multiple teams that could be the perfect fit for a potential trade. While Newton comes with durability concerns, he posted a 94.2 quarterback rating in 2018 and remains one of the most exciting quarterbacks in the NFL when healthy.

Carolina could trade its star quarterback and receive multiple draft picks in return. It would put the front office in a position to potentially draft a quarterback in 2020 or they could rebuild this coming season in an attempt to land Trevor Lawrence next year.

More changes are coming in Carolina under Rhule and ownership showed their faith in him for the future with a seven-year contract. While Newton has meant a great deal to the Panthers, it might be in the best interest of everyone to part ways this offseason.