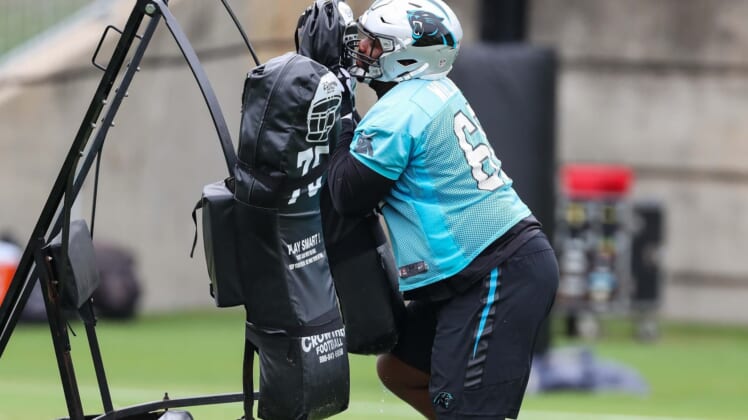 In what could be a devastating blow for Cam Newton and the Carolina Panthers, starting right tackle Daryl Williams was carted off the field with what appeared to be a serious knee injury during training camp practice on Saturday.

Panthers starting RT Daryl Williams just went down with a knee injury. Players all took a knee. He is going to be carted off the field. It doesn’t look good.

“As Cam Newton dropped back during an offense-versus-defense period midway through practice, Williams set up to block defensive end Zach Moore,” the Panthers noted, via their official website. “As Williams did, his right knee appeared to buckle and he fell back, emitting screams that were unnerving to hear.”

Williams was ultimately transported back to Charlotte for more observation. But based on what we’re hearing from those at practice, this looks to be a long-term injury.

A fourth-round pick of the Panthers back in 2015, Williams jumped on to the scene this past season, earning Second-Team All-Pro honors on an offensive line that remains a major weakness.

Without projecting too far into the future, Taylor Moton and Jeremiah Sirles would likely battle for the starting right tackle job should this ultimately prove to be a long-term injury.