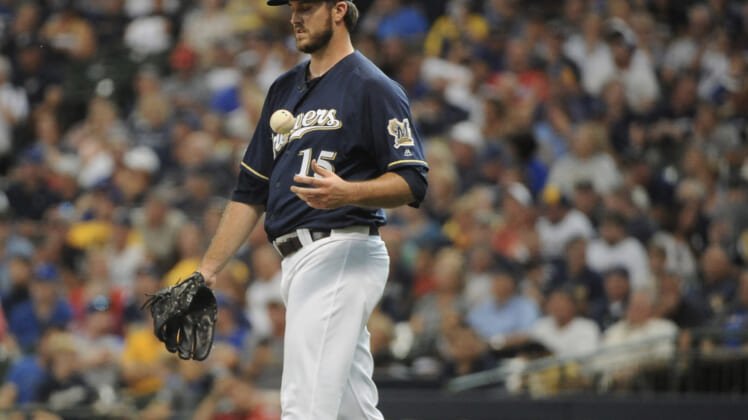 The San Diego Padres have been active on Wednesday. Mere minutes after acquiring outfielder Trent Grisham from the Milwaukee Brewers in a blockbuster trade, the Padres have added a veteran pitcher to the mix.

According to Ken Rosenthal of The Athletic, San Diego has signed former All-Star pitcher Drew Pomeranz.

This move stabilizes the back end of San Diego’s bullpen. Splitting time between the Giants and Brewers last season, Pomeranz pitched to a combined 2-10 record with a 4.85 ERA and 1.43 WHIP in 48 appearances.

Though, the 31-year-old veteran had much more success after being dealt to Milwaukee. He posted a 2.39/0.91 split with the Brewers. A hard-throwing veteran, he also struck out a combined 137 batters in 104 innings.

This is also a reunion of sorts. Pomeranz pitched briefly for the Padres during his All-Star campaign back in 2016, posting a 2.47 ERA and 1.06 WHIP in 17 starts.