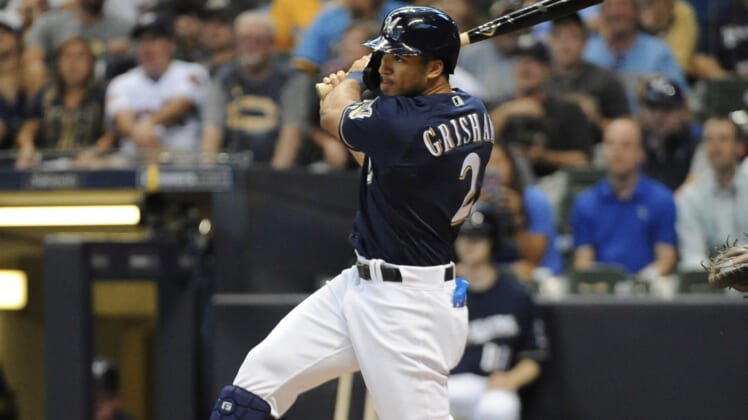 The San Diego Padres started what promises to be a busy winter in Southern California Wednesday by reportedly acquiring young outfielder Trent Grisham from the Milwaukee Brewers.

This is somewhat of a stunning move for Milwaukee. A first-round pick of the team back in 2015, Grisham has been seen as a top-20 prospect within the organization ever since.

Unfortunately, his first cup of coffee in the majors this past season did not go too swimmingly.

The 23-year-old outfielder hit .231 with six homers, 24 RBI and a .328 on-base percentage in 51 games. He also made a crucial error in the Brewers’ NL Wildcard loss to the Washington Nationals.

Considered one of the best young players in the Padres’ organization, Urias has hit just .221 with six homers, 29 RBI and a .318 on-base percentage in parts of two MLB seasons.