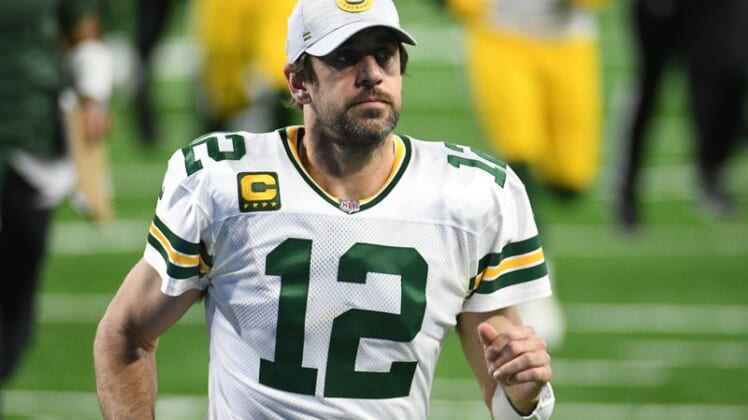 And the answer is; “Who is Aaron Rodgers?”.

Green Bay Packers quarterback Aaron Rodgers appeared as excited to host Jeopardy as he is about getting his team to another Super Bowl announcing on Tuesday that he will be a guest host on the hugely popular game show.

Alex Trebek, the long-time host of the quiz show that pits three contestants getting clues and then putting answers in the form of a question, passed away in November and the program is currently filling the job with a string of guests.

“One of my idols growing up was Alex Trebek,” said Rodgers during an appearance on the Pat McAfee Show on Tuesday. “They’re doing some guest-hosting spots.

Rodgers, one of the leading contenders for NFL most valuable player award this season, is a huge fan of the show and appeared on Celebrity Jeopardy in 2015 beating astronaut Mark Kelly and entrepreneur Kevin O’Leary.

The Packers host the Los Angeles Rams on Saturday to fight for a spot in the NFC Championship game.