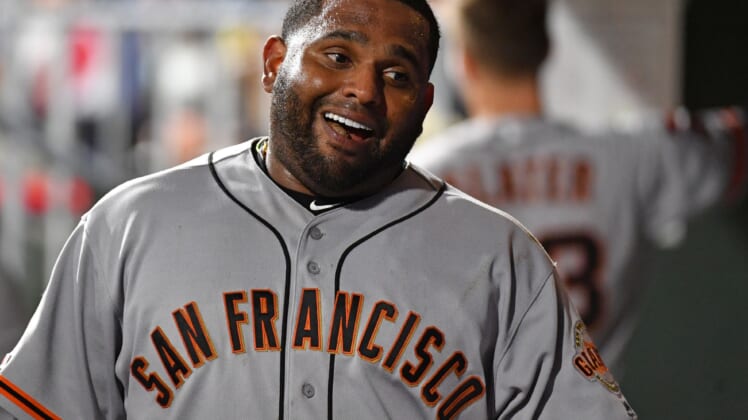 Pablo Sandoval is returning to the San Francisco Giants after reportedly agreeing to a minor-league contract worth $2 million, per MLB Network’s Jon Heyman. The deal also includes $750,000 in incentives.

Sandoval, a two-time All-Star third baseman and the 2012 World Series MVP, underwent Tommy John Surgery in September. The team is hopeful that he can return early in the 2020 season.

The 33-year-old hit 14 home runs with 41 RBI and a .820 OPS across 108 games with the Giants this past season. After not living up to his mammoth $95 million contract with the Boston Red Sox, Sandoval has been a hit since returning to San Francisco in 2017.

While he is no longer an All-Star level player, Sandoval proved he still packs plenty of power with some ridiculous home runs in 2019. If he is healthy, he’ll likely see time at third base and first base for the Giants this season.