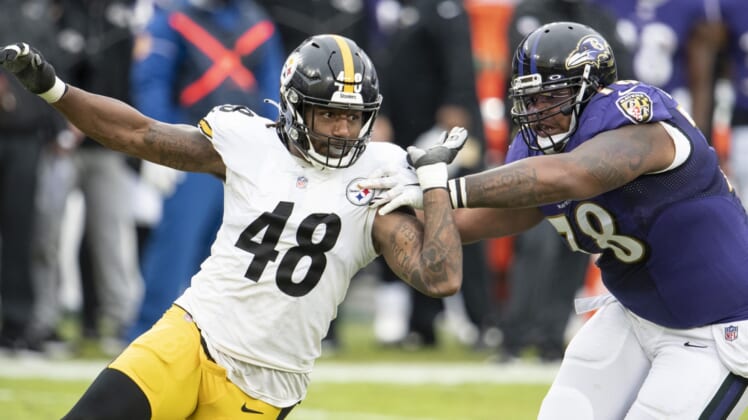 Outside linebacker Bud Dupree agreed to a five-year, $85 million deal with the Tennessee Titans, according to reports.

Dupree is recovering from a torn ACL he suffered 11 games into the 2020 season with the Pittsburgh Steelers, where he played on the franchise tag following an 11.5-sack season in 2019.

Dupree turned 28 in February. He had 19.5 sacks in his final 27 regular-season games — and 39.5 in his career — with the Steelers and joins a Titans’ defense that had only 19 total sacks last season.

The Titans didn’t get much of an impact from their top defensive free agent last season, Jadeveon Clowney, who is entering free agency after one season and zero sacks with the team in 2020.