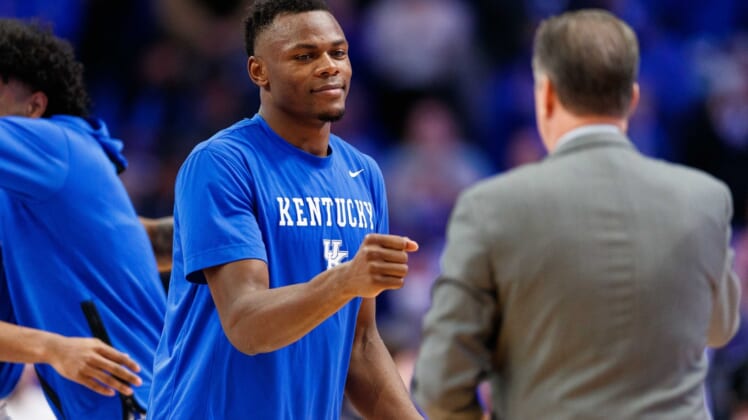 It is the fifth major trophy won by Tshiebwe, who already has been named the nation’s best player by The Sporting News, the National Association of Basketball Coaches, the Associated Press and the United States Basketball Writers Association.

The winner of the Wooden Award, the final trophy of the season, will be announced Tuesday.

Tshiebwe, a 6-foot-9 junior, averaged a double-double on the season, leading the team with 17.4 points and the nation with 15.1 rebounds per game. He is the first Division I player to average at least 15 points and 15 rebounds since 1979-80, when Drake’s Lewis Lloyd and Alcorn State’s Larry Smith accomplished the feat.

Tshiebwe joins Anthony Davis (2012) as the only Kentucky players to win the prestigious trophy. Kessler is the first Auburn men’s basketball player to win a Naismith Award.