One three-game skid will end as Cavs take on Wolves 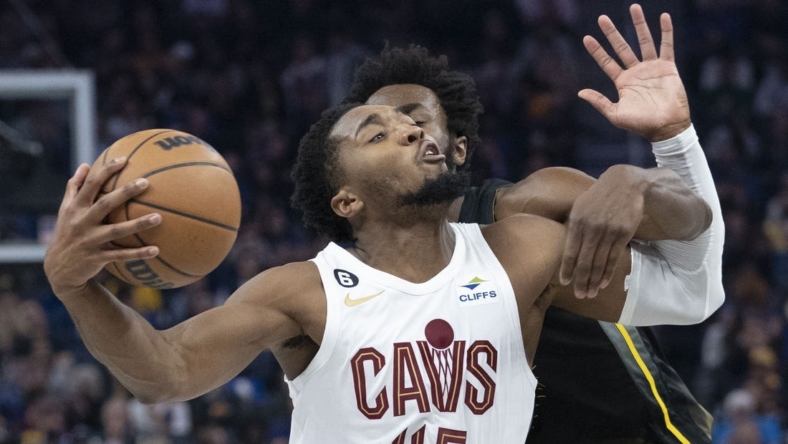 With a five-game road swing in their rearview, the Cleveland Cavaliers return home on Sunday looking to snap a three-game skid hosting a Minnesota Timberwolves squad riding its own winless drought.

Cleveland began its road trip with lopsided wins at Detroit and against the Los Angeles Lakers, extending what was an NBA-best winning streak to eight. The Cavaliers have dropped the last three since, each by seven points or fewer.

A 106-101 loss Friday at Golden State concluded the road trek, despite Donovan Mitchell’s near-triple-double of 29 points, 10 rebounds and nine assists. Evan Mobley also recorded a double-double with 20 points and 13 rebounds, but Cleveland could not overcome a dismal night shooting 37-of-92 from the floor (40.2 percent).

“We put together like 46 good minutes tonight and you’re playing against a team where you make a mistake and they’re going to burn you,” Mitchell said in his postgame press conference. “We may be able to get away with certain things against other teams, but you play the defending champs and guys who have been together for 10-12 years, you have to be on point. We weren’t that tonight.”

The Cavaliers look to pull out of their funk against an opponent experiencing a more pronounced dip.

Minnesota’s losing streak equals Cleveland at three games, but the Timberwolves have dropped six of their last seven with Friday’s 114-103 defeat against Memphis.

Each of the last three Minnesota losses have been by double-digit-point margins, and none of the six in this slide have been any closer than nine points.

A 46-33 Grizzlies rebounding advantage turned into a 32-9 edge in second-chance points Friday. Minnesota also yielded a 62-46 disparity for points in the paint.

“A lot of the rebounds guys are getting on us are like these 50-50 rebounds that come out to the mid-range,” Timberwolves coach Chris Finch told the Minneapolis Star-Tribune after Friday’s game. “Those should be ones that our guards are able to get. We’re just not getting those.”

Minnesota ranks near the bottom of the league in offensive rebounds allowed per game at 12.3, and total rebounds given up at 45.7. Cleveland, meanwhile, is holding opponents to 38.4 rebounds per game — best in the NBA entering Saturday.

Cavaliers center Jarrett Allen ranks near the top of the league with 11.5 rebounds per game, complementing one of the NBA’s top scorers in Mitchell. His 31.6 points per game ranks among the league’s best.

Minnesota also boasts one of the top rebounders in the NBA, with Rudy Gobert averaging a league-best 12.9. Karl-Anthony Towns is grabbing nine per outing.

The Timberwolves are getting rebounds in volume, which is also a byproduct of an area of defensive struggles. Opponents are shooting almost 40 3-pointers against Minnesota per game and making more than 14 of them.

The misses result in those deep rebound opportunities to which Finch spoke on Friday — and the makes add up to contribute to a high allowance of 115.6 points per game.