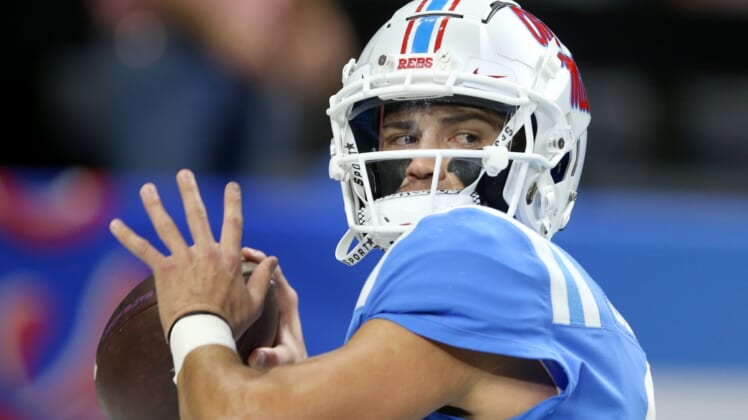 Ole Miss star quarterback Matt Corral left the Sugar Bowl on Saturday night with 2:13 remaining in the first quarter after a sack left him with a lower leg injury.

Corral, who was seventh in Heisman Trophy voting, was sacked by Baylor defensive lineman Cole Maxwell on the Rebels’ third series after converting a pair of fourth-down plays to keep the drive alive.

The quarterback clutched at his right ankle, stayed on the turf briefly and eventually left the field on a cart.

Corral, who also injured his ankle on Halloween weekend at Auburn, was taken to the medical facilities for x-rays and replaced by true freshman Luke Altmyer.
Corral, who decided against opting out of his final college game, will enter the NFL draft next spring and is projected to be a first-round selection.

Corral rushed seven times for 17 yards and was 2-for-6 passing for 10 yards with an interception before leaving the scoreless game.