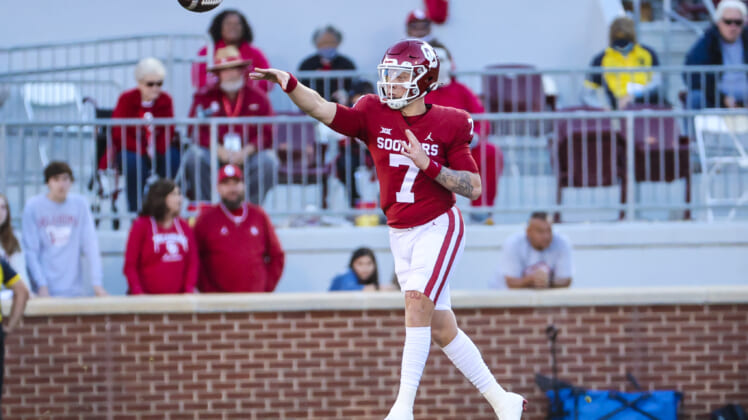 Oklahoma Sooners true freshman quarterback Caleb Williams had been a mid-season sensation for Lincoln Riley’s squad. Keywords there are had been.

Struggling against a swarming Baylor Bears defense, Williams had thrown two interceptions, taken three sacks, and lost a fumble before being benched in favor of preseason Heisman candidate Spencer Rattler.

Fans in Waco, Texas could be heard chanting for a quarterback change before coach Riley gave in to their desires. This is the same way Rattler lost his job to Williams earlier in the year, when he was booed by his own fans.

Baylor led Oklahoma 10-7 at the end of the third quarter at the time of the switch.

Rattler proceeded to go three-and-out, taking a sack on third down, before the Sooners punted the ball back to the Bears. We’ll see if Rattler can provide a spark after Williams couldn’t get the job done.