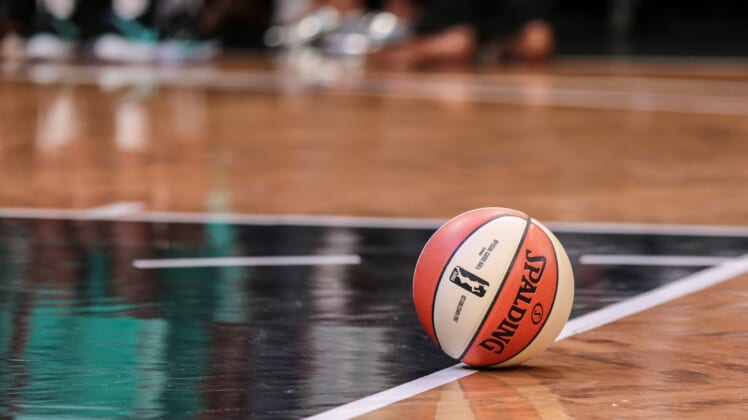 Arike Ogunbowale poured in 27 points to help the visiting Dallas Wings rally from a double-digit first-half deficit to beat the Washington Mystics 94-86 on Friday in the Nation’s Capital.

The Wings (1-1) trailed by 15 points midway through the second quarter and by three at halftime before talking charge in the third quarter, when they outscored Washington 18-7 over the final six minutes to tie the game and, ultimately, draw away.

Dallas led 66-55 heading into the fourth quarter and expanded its advantage to 17 points on two technical free throws by Isabelle Harrison with 7:12 to play. The Mystics closed to within six points on three free throws by Ariel Atkins with 1:03 remaining but would get no closer.

All five starters for the Wings scored in double figures. Allisha Gray added 21 points for Dallas, with Harrison had 15 points and 10 rebounds, Kayla Thornton scored 12 points and Marina Mabrey hit for 10. Tyasha Harris had 10 assists for Dallas.

Elena Delle Donne led Washington with 20 points while Atkins had 19 as the Mystics (3-1) dropped their first game of the season.

The Mystics led by as many as 12 points in the first quarter before settling for a 29-19 advantage at the end of the period. Atkins ripped off 11 points in the game’s first five minutes to pace Washington while Mabrey scored seven of Dallas’ first 12 points.

Washington led 38-23 after Delle Donne’s 3-pointer at the 5:52 mark of the second period. But the Wings finally came to life, reeling off a 19-4 run to pull to within 42-41 on Gray’s 3-pointer with 29 seconds remaining before the Mystics added a pair of free throws by Myisha Hines-Allen to go to the break ahead 44-41.

Ogunbowale led all scorers with 19 points in the half. Delle Donne had 15 points to pace the Mystics over the first 20 minutes, with Atkins adding 11.

Washington managed just 11 points in the third quarter, scoring less in the second and third periods combined (26 points) that it did in its 29-point opening quarter.