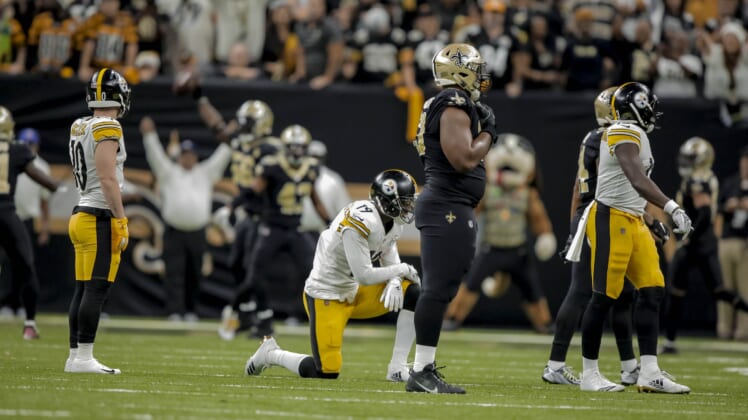 Sunday was brutal for JuJu Smith-Schuster and the Pittsburgh Steelers. Despite having a monster game catching the ball, the dynamic receiver fumbled away an opportunity to beat the New Orleans Saints.

After the fact, Smith-Schuster was seen on the sideline in tears, his head down between his hands as he agonized over the costly blunder.

One of his peers, Odell Beckham Jr., sent him a message of encouragement on Twitter to lift his spirits.

That’s a touching, thoughtful gesture to reach out like that after such a difficult circumstance.

Everyone knows how much the game means to Smith-Schuster, who was out there playing despite a groin injury suffered just on Thursday. He did his best to help the Steelers win, racking up 11 catches for 115 yards. Unfortunately, his mistake was the back-breaker for Pittsburgh, which now needs to win and have help to get into the playoffs.