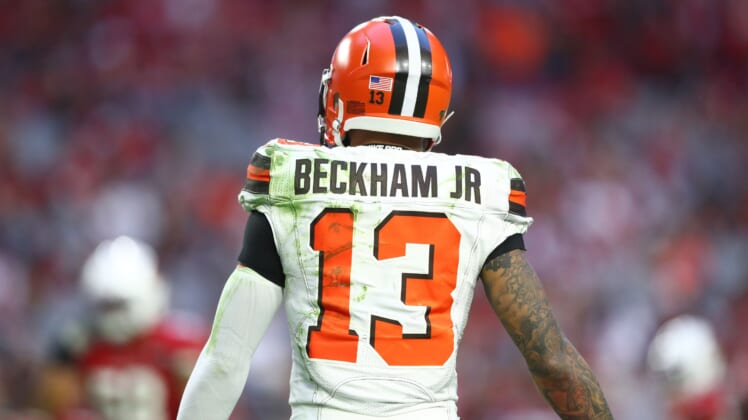 Odell Beckham Jr. is known as one of the NFL’s most talented receivers and one of the league’s most passionate players. Now, the star receiver is revealing he nearly walked away from it all in 2017.

In an insightful roundtable discussion with Cam Newton, Todd Gurley and Victor Cruz, Beckham Jr. opened up about his struggles early in his NFL career. At a time when he was at the top of his game, OBJ nearly retired.

“I said this in college, I said, ‘I fear the day that they make this game a business and not what I love,'” Beckham said, via his YouTube channel. “And when I seen that for the first time after breaking my ankle, like I thought about not playing no more, like this is not really it for me because they’ve ruined the game of football for me a little bit.”

During the 2017 season with the New York Giants, he fractured his ankle during a game in October. He played in only four games that season and with the extensive media scrutiny and an intense spotlight in New York, he no longer felt passionate about the game he loved.

Fortunately, fans pulled OBJ back to the game and showed him why he loved doing it. Despite dealing with depression and various mental health issues, it was the young fans who looked up to him and loved watching him play and celebrate that inspired him to keep going.

Beckham Jr’s first season with the Cleveland Browns didn’t go how anyone hoped. In May, he opened up about playing through a core muscle injury the entire season and how it led to a difficult offseason surgery.

Fortunately, he is now on the road back to being healthy before training camp. If the star receiver can rediscover his form, it wouldn’t be a surprise if he earns his first Pro Bowl selection since 2016.