Nolan Ryan announces he will not return to the Astros 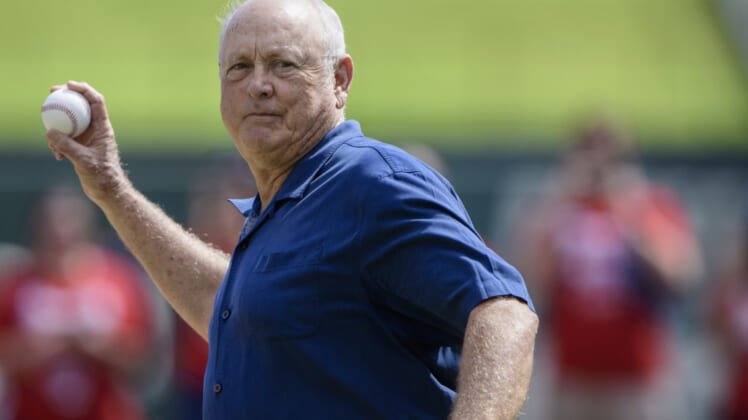 We’re not 100% sure what happened behind the scenes as it relates to Hall of Fame pitcher Nolan Ryan and the Houston Astros.

What we do know is that Ryan has announced he will not return to his role as executive assistant to owner Jim Crane.

This comes amid a major shift within the Astros’ organization following the drama surrounding former assistant general manager Brandon Taubman.

Earlier in the day, Houston announced that Crane’s son, Jared, would now oversee business operations for the franchise. He replaces Ryan’s son, team president Reid, in that role.

“In a seismic shakeup atop the Astros organization, owner Jim Crane has appointed his son, Jared, to help oversee the franchise’s business operations in place of longtime team president Reid Ryan,” Chandler Rome of the Houston Chronicle reported Thursday.

The elder Ryan, 72, has been a special assistant with the Astros since 2014. He’s helped the once-downtrodden organization return to relevance with two World Series appearances and a title over the past three seasons.

Ryan pitched for the Astros from 1980-88 in a MLB career that ultimately spanned four different decades.

He’s long had a relationship with the organization, especially after Ryan left his role as the Rangers’ president and CEO back in 2013.

We promise to hear more about what happened behind the scenes that led to Ryan’s depature. But it is rather shocking news.