No. 21 Oregon buries Florida A&M behind strong second half 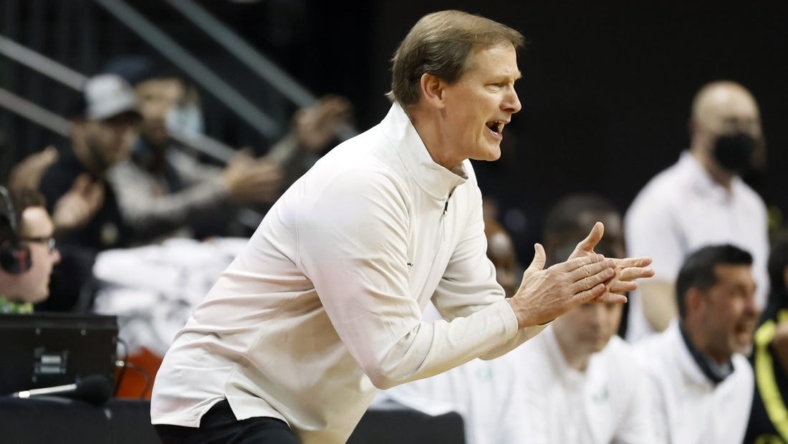 The Oregon Ducks didn’t shoot well from long range, but the inside presence of N’Faly Dante was enough to lead the 21st-ranked Ducks to an 80-45 win over visiting Florida A&M Monday night in the basketball season opener for both teams.

Dante scored 16 points and added 10 rebounds, and Colorado transfer Keeshawn Barthelemy added 13 in his Oregon debut. Will Richardson scored 11 points and the Ducks outscored the Rattlers 44-20 in the second half.

Those two baskets were part of a 14-0 run that sealed the Ducks’ win. Up 46-35 early in the second half, Kel’el Ware and Barthelemy hit 3s to go with Bittle’s basket, two Tyrone Williams layups and a dunk from Quincy Guerrier.

The Ducks made just 1 of 14 3s in the first half but hit five in the second. Oregon dominated in rebounding with a 44-26 edge, and had 42 points in the paint to the Rattlers’ 24.

Richardson reached double figures in scoring for the 23rd time in his career. Head coach Dana Altman won his 301st game as Oregon’s head coach, and the 711th victory as a head coach.

The Rattlers (0-1) have a long road trip to the Pacific Northwest to open this season with three games in five days, starting at Oregon, north to Portland to play the University of Portland on November 9, and back down south to face Oregon State in Corvallis, Ore. two days later.

Oregon has won all three meetings with Florida A&M, in the overall series.