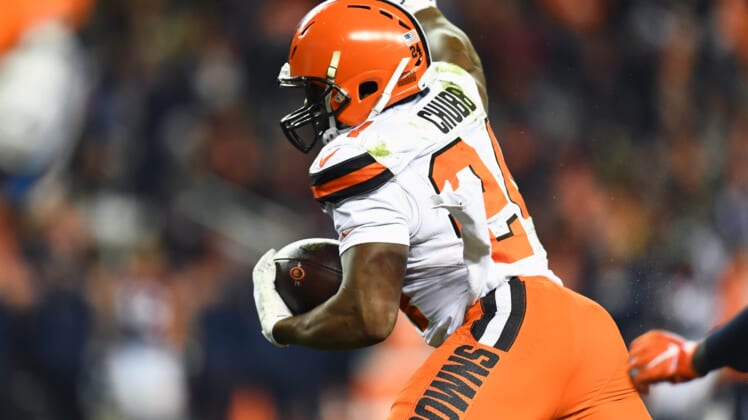 Cleveland Browns running back Nick Chubb made franchise history on Sunday, breaking a record that had previously been held by Trent Richardson.

Chubb went over 950 yards for the season on Sunday. In doing so, he broke the rookie-record set by Trent Richardson in 2012.

He also went past 942 yards, the previous franchise record which had been set by Jim Brown in 1957. Brown, of course, set the mark in only 12 games.

It is worth noting, though, that Chubb was far more efficient with his runs than Richardson, or even Brown. Richardson rushed for 950 yards in 267 carries, while Brown reached his total on 202 carries. Chubb, meanwhile, got to his total on less than 180 carries.

Chubb’s total looks even more impressive when we remember that he was a platoon runner for most of the first half of the season. He didn’t get more than three carries in any game until Week 7.