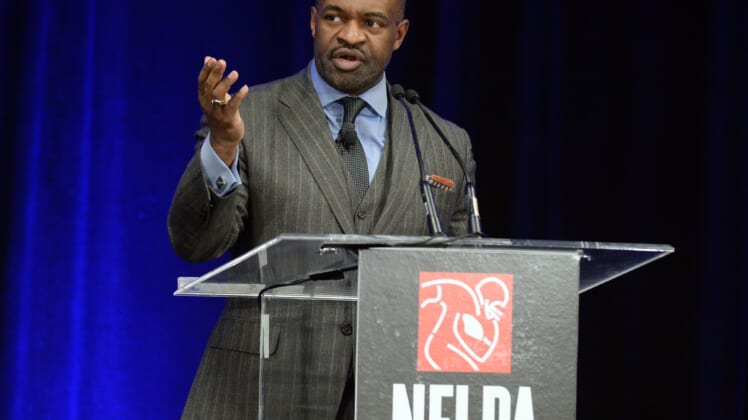 As NFL owners await a vote from the NFL Players’ Association on a new collective-bargaining agreement proposal, the NFLPA sent a memo on Thursday to players detailing the immense benefits that players will receive in the proposed CBA.

In exchange for agreeing to a new CBA, which would give owners the ability to expand the season to 17 games and move to a 14-team playoff, players would receive significant accommodations regarding salary, league drug policies, post-retirement benefits and improvement to current conditions in the NFL

Financial Benefits: NFL players could see billions in additional revenue over the 10-year duration of the proposed CBA, with the money being spread out to increase salaries for non-stars.

League Discipline: After years of cracking down on marijuana use, the NFL is prepared to scale back significantly and reduce commissioner Roger Goodell’s discipline power.

Practice Schedule: In exchange for the additional game, players will get a lighter practice and training schedule during the year and in training camp.

Player Treatment: Under a new CBA, players would see a significant increase in resources, improved facilities and benefits.