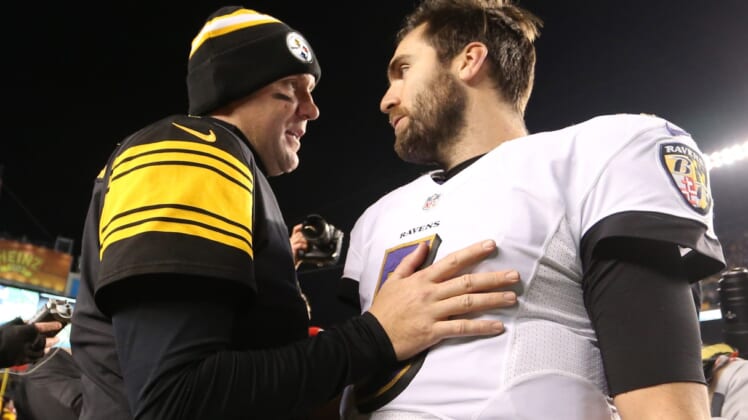 Just like last weekend, we’re expecting some big surprises to unfold this Sunday as teams take aim at their NFL Week 4 opponents.

Nobody foresaw the Buffalo Bills taking out the Minnesota Vikings, or the Detroit Lions taking the New England Patriots behind the woodshed in Week 3.

But that’s why they play the games. There is no way to accurately predict what’s going to happen from week to week.

So which teams are on upset alert in Week 4? We have some ideas about that.

It seems unlikely that lightning will strike twice for the Bills, once again on the road against a top NFC team. That being said, there are a couple of reasons to believe Green Bay could be ripe for an upset.

First off, Aaron Rodgers just doesn’t look comfortable. He was a mess last weekend in the rain against Washington, which consistently brought pressure and made him move on that bad knee. The weather forecast shows it’s going to be another stormy day at Lambeau this Sunday, which means we could see more of the same.

Buffalo can bring pressure. It has eight sacks already this year, which, combined with a very good young secondary can lead to turnovers.

If Josh Allen doesn’t implode, the Bills have a shot to make yet another monster statement on the road.

The Cowboys are in a world of trouble on offense. Dak Prescott has been nauseatingly bad going back to last year, and he’s going up against a Lions defense this Sunday that has the ability to make his life a living hell.

On the other side, Detroit’s offensive line came alive last weekend, helping rookie Kerryon Johnson become the first Lions runner to eclipse 100 yards on the ground in 70 games. Look for Detroit to come out of this one a winner.

The Dolphins are 3-0 and have some darn good speed on both sides of the ball, especially on offense. Miami has playmakers that should give New England’s secondary fits. If Ryan Tannehill can continue to play in the manner he has to open the season, then he’ll give his team a real chance to knock of the Pats in Foxborough.

On the other side, Miami’s secondary should have similar success against Tom Brady and Co. that we saw from Detroit last Sunday night. Third-year cornerback Xavien Howard is morphing into one of the best in the business, and Miami’s defense comes into Week 4 with the most interceptions (seven) for the most yards (151) in the league.

The Falcons have been bit hard by the injury bug this season and come into this game with a decimated defensive secondary. This is something Andy Dalton and his receivers should be able to exploit in a big way.

A.J. Green is going to play. He practiced fully and was taken off the injury report on Friday after being pulled from last weekend’s game with a minor groin issue. He and Tyler Boyd are quite the dynamic duo and should thrive in Atlanta.

On the other side, the Falcons have plenty of firepower, but the Bengals have the defense to perhaps turn this into a one-dimensional offensive day by shutting down Tevin Coleman on the ground with Devonta Freeman once again out due to his knee injury.

This matchup lends itself to an offensive shootout.

The Saints have one of the most potent offensive attacks in the NFL, pretty much regardless of who they play. Michael Thomas, Alvin Kamara and Drew Brees comprise arguably the most dangerous trio in the league, and the Giants don’t have the personnel to stop them much on Sunday.

That being said, New Orleans’ defense is downright awful once again this year. One would expect the Giants to have little trouble putting points on the board. And if Saquon Barkley gets going on the ground like he did last weekend, then they would be smart to try and control the clock and grind out a win.

Really, any time these two teams square up, it’s a toss-up. The Steelers have won the last three games against the Ravens, but this is a new year, and the Ravens feature a new offensive attack that can strike in a number of different ways.

The running back duo of Javorious Allen and Alex Collins is potent. Joe Flacco has been very sharp throwing to his new trio of receivers, Michael Crabtree, John Brown and Willie Snead. Simply put, the Ravens can do damage on offense.

Of course, so can the Steelers, who have put up 67 points the past two weekends. The big key here — the reason we’re picking the Ravens to pull off the upset — is that Baltimore features the NFL’s top defense through three weeks. If the Ravens can force Ben Roethlisberger into some mistakes, they will win.