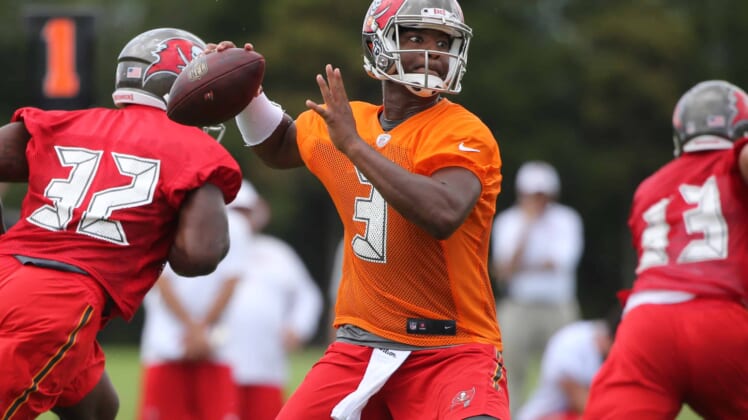 Tampa Bay Buccaneers quarterback Jameis Winston is catching heat from all angles after news of his three-game suspension broke. Shortly after the suspension was announced, Winston issued a statement about the incident and seemingly apologized to the Uber driver who accused him of inappropriately groping her.

Come to find out, Winston reportedly issued his statement as part of negotiated settlement with the NFL to drop his suspension from six games down to just three games. And as part of that, he didn’t have to admit to anything specific.

Since news of his fake apology broke, NFL fans all over the place are livid, with many taking to social media to completely rip into Winston.

Jameis Winston is no longer my QB. I’ll always be a bucs fan but I’m officially OUT on Jameis.

Raise your hand if you're happy Jameis Winston is not your team's quarterback ?‍♂️

Jameis Winston Should Probably be in Prison, Not the NFL https://t.co/67S1LWjdwc

How the hell did Jameis Winston not get a 6-game suspension? https://t.co/rbE4eTarx7

Kornheiser on Jameis Winston’s latest round of misconduct allegations: “If I’m Tampa bay I gotta be asking myself how much longer am I going to go down the road with this guy?” I’ve long been a supporter of Jameis, but ain’t that the truth. #PTI

. @Buccaneers if I mail in my Jameis Winston jersey can you send me back a Ryan Fitzpatrick jersey? I’m officially hopping on the Fitz train.

It's clearly a mistaken to have hired Jameis Winston. Aside from his personal integrity issues, total lack of moral leadership. The buc's will never advance to a play off team is long as he is a quarterback on the team.