NFL could suffer mind-blowing revenue hit due to COVID-19? 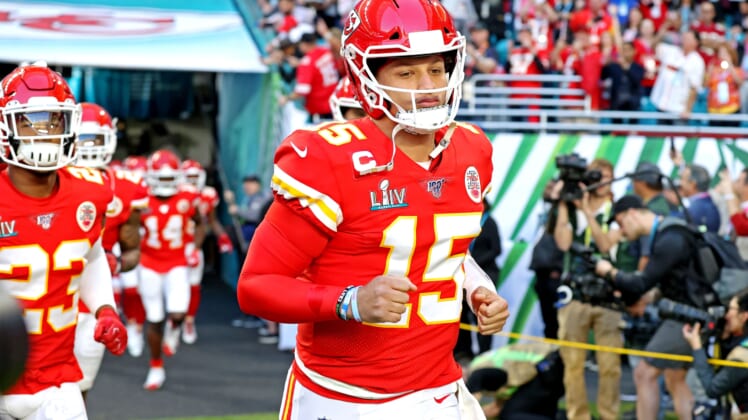 The COVID-19 pandemic has brought the sports world to a stop and delivered a staggering economic blow around the world. The NFL has largely avoided any hits during the ongoing crisis, but that could quickly change when the 2020 NFL season arrives.

While the NFL is still planning to hold a full season as scheduled, everyone around the league might need to start preparing for an economic hit that could take the NFL years to recover come.

COVID-19 could deal a staggering blow to NFL revenue

Even as the NFL tentatively sticks to its plan for a full 17-week season, the league is already anticipating a historic blow to its bottom line. The NFL already seems to be preparing to play games this season without fans in attendance with Atlanta Falcons owner Arthur Blank admitting it’s a very realistic possibility. An unprecedented situation like this would carry economic ramifications.

Even in a best-case scenario where each team plays 16 games this season and the league avoids any interruptions or delays from the COVID-19 pandemic, the economic impact will be monumental. As described by ESPN’s Adam Schefter on The Woj Pod, just playing an entire NFL season without fans could cost the league $3.2 billion and would crush the NFL’s salary cap.

“I’ve had these discussions with people, football owners, other people. If there are no fans in the stands for NFL games, each team could possibly lose about $100 million. Times 32, $3.2 billion,” Adam Schefter said, via The Woj Pod. “When you’re factoring in the NFL salary cap for the 2021 season, the salary cap could drop anywhere from $40-$60 million per team.”

NFL owners would take the immediate financial hit in 2020 and in years to come. But the losses would be passed on to the players and it could start in 2021 with a mind-blowing reduction in the salary cap that would hurt every player.

NFL players will be hurt by coronavirus pandemic

The salaries for NFL players have skyrocketed in recent years and they were only expected to climb under the NFL’s new collective-bargaining agreement. The salary cap was expected to exceed $200 million by 2021 before the COVID-19 pandemic hit, with many NFL stars set to cash in on record-breaking contracts.

Kansas City Chiefs quarterback Patrick Mahomes is expected to sign a record-breaking contract later this offseason that would make him the first player in league history to make $40 million per season. Houston Texans quarterback Deshaun Watson and Dallas Cowboys quarterback Dak Prescott are also in contract negotiations to become two of the NFL’s highest-paid players.

The NFL made $15 billion in revenue in the 2018 season and likely exceeded that in 2019. Meanwhile, the league is trying to work on new record-breaking contracts with television networks that would increase revenue even further.

If the NFL isn’t able to have fans in attendance for games this season, or if attendance is drastically reduced, the financial impact will be a massive blow for the entire league. Teams and players will be experiencing the economic consequences of the COVID-19 pandemic for years to come. Of course, this is the scenario if games are still played in 2020. If the season is delayed or even canceled, the financial impact would be even more staggering and would hurt the game for far longer.