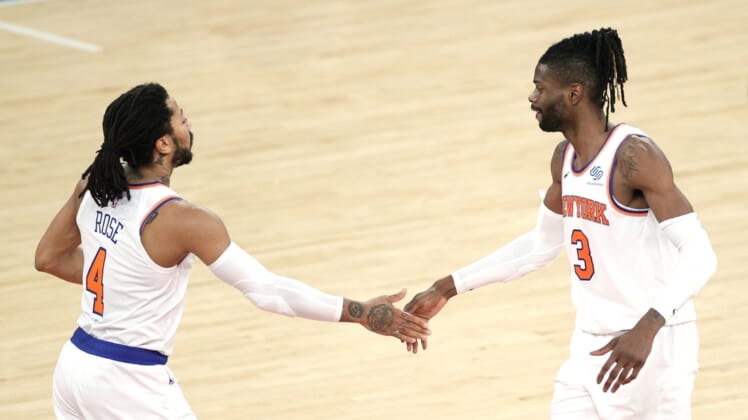 After advancing to the NBA playoffs for the first time since 2013, the New York Knicks moved Monday to re-sign guards Derrick Rose and Alec Burks and forward Nerlens Noel, according to multiple reports.

After playing just 16 of a possible 28 games with the Boston Celtics last season following a trade from the Orlando Magic, Fournier moves to New York on a four-year, $78 million deal.

Noel, 27, averaged 5.1 points with 6.4 rebounds and 2.2 blocks last season. His rebounding and block totals were both above his career averages.

Fournier, 28, averaged 17.1 points, 3.4 assists and 3.0 rebounds for the Magic and Celtics last season while shooting a career-best 46.3 percent from 3-point range. He has averaged 14.3 points per game in nine seasons with the Denver Nuggets, Magic and Celtics.