The New York Knicks are reportedly closely watching the devolving situation between the Chicago Bulls and unhappy All-Star Zach LaVine.

The Knicks have spent the last few years rebuilding their organization from the bottom up. They hired veteran head coach Tom Thibodeau three years ago. They have tried to recreate their roster through the draft, and with savvy outside additions. Furthermore, they have stockpiled NBA Draft Assets.

Of course, they are open to the idea of using their horde of picks on a future star, however, they much rather flip a majority of them for an established player who can make a major impact.

They swung and missed this summer by trying to drive too hard of a bargain in a trade for superstar Donovan Mitchell. Well, it looks like the team may have set their sites on the latest All-Star rumored to be looking for an escape from their team.

During an appearance last week on the “Weekends with Wos” podcast, NBA insider Michael Scotto reported that the New York Knicks are watching the ongoing drama in Chicago with 2021 All-Star Zach LaVine. In the event, he becomes available on the trade market in the near future.

“They tried to get Donovan Mitchell. They’ve got their eyes on Zach LaVine. They’re monitoring him, they’re looking for the star that’s going to become available, which I think is, of course, they’re going to do that. But at the same time, from a negotiating standpoint, any team that’s got a star that is willing to put them on the market and talk to the Knicks is going to try to squeeze them like an orange in Tropicana orange juice. You’re going to get it all out with no pulp. That’s what you’re going to want and the Rudy Gobert trade screwed up everything for everybody.” 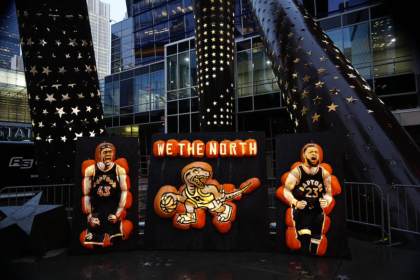 After making the playoffs last season, the Bulls have been a mess in 2022-2023. Without Lonzo Ball, the offense has lacked chemistry, and LaVine and DeMar DeRozan have not been able to recapture their success last year sans their starting point guard.

It has led to issues between him and the organization and speculation LaVine could be looking for a way out of Chicago just months after signing a max deal with the team in the summer.