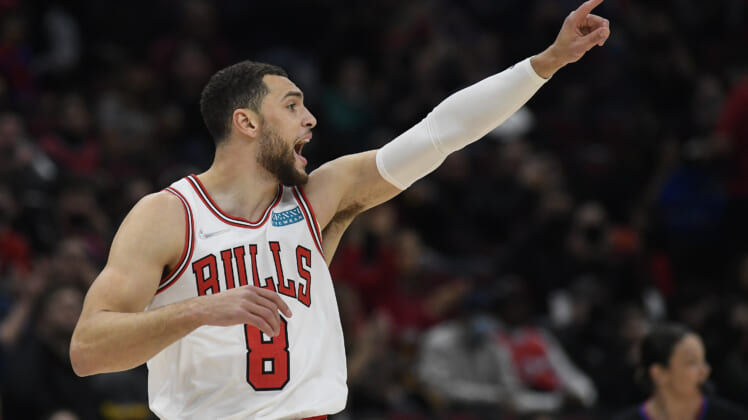 To the surprise of very few, Zach LaVine has agreed to a new long-term max deal to stay in a Chicago Bulls uniform for at least five more seasons.

On Friday, The Athletic’s Senior NBA insider Shams Charania broke the news of a contract that has been expected since last week.

“NBA All-Star Zach LaVine has agreed to a five-year, $215.2 million maximum contract to return to the Chicago Bulls, with a player option in Year 5, Klutch Sports CEO Rich Paul told The Athletic,” Charania wrote on Twitter.

The two-time All-Star was one of the biggest talents available on the 2022 NBA free-agent market. However, many of the teams with available cap space to sign him outright are organizations in the midst of a rebuilding process. Something far less appealing than returning to be a major piece on a Bulls team with potential, and that finished with the sixth-best record in the conference at 46-36 this past season.

Over his eight years in the NBA, LaVine has slowly evolved from slam dunk competition standout to legitimate All-Star talent. He has averaged well over 20 points per game over the last four seasons in Chicago and hit a peak of 27.4 in 2020-2021. 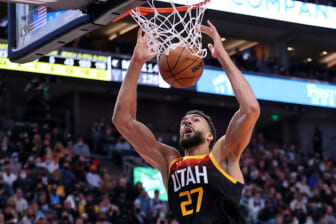 Also Read:
Chicago Bulls could be a serious contender for Rudy Gobert: How a trade might look

Over the last month, both the Portland Trail Blazers and Dallas Mavericks were two teams rumored to have a real interest in pursuing the talented 27-year-old. However, both had limitations in competitive level or finances that hindered the chances of seriously competing with the Bulls for LaVine’s services.

LaVine was the organization’s top priority heading into the summer. Now, with that out of the way, they have shifted gears towards adding more depth to their roster. They did so on Thursday when they signed 10-year veteran and former All-Star Andre Drummond.

The organization is also believed to be players on the trade market for Utah Jazz star center Rudy Gobert.