Chicago Bulls could be a serious contender for Rudy Gobert: How a trade might look 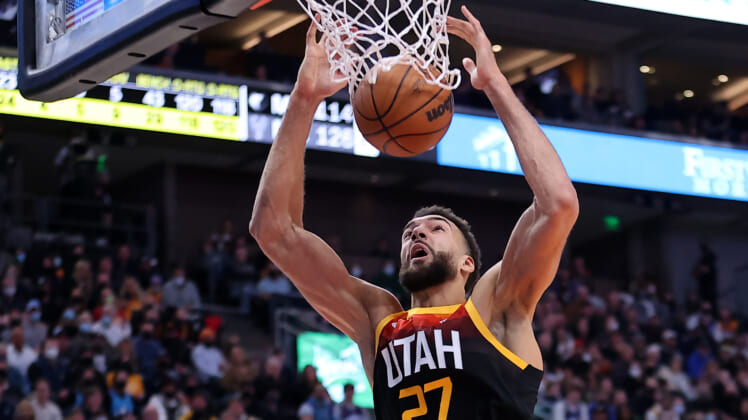 The Chicago Bulls might be a likely landing spot for Utah Jazz center Rudy Gobert in a trade, but how would a possible deal look?

The Jazz are in the beginning stages of an offseason that could see a great deal of change. After being bounced in the first round of the NBA Playoffs for the third time in the last four years, head coach Quin Snyder decided he didn’t like the new direction of the team and chose to resign from his position.

On Tuesday, after weeks of searching, the team offered Snyder’s position to Boston Celtics assistant Will Hardy. Yet, that is not expected to be the only major change for the team this summer. There is a belief throughout the league that Rudy Gobert being traded could be the next major domino to fall in the organization’s attempt to overhaul the team for 2022-2023.

Related: Minnesota Timberwolves reportedly could pursue Rudy Gobert – How a trade might look

While various teams have been rumored as possible destinations for the three-time defensive player of the year, there has yet to be one that seems like a strong contender. However, on Wednesday, Action Network NBA writer Matt Moore suggested that the Bulls and Minnesota Timberwolves are the strongest candidates for a trade, but Chicago could have the most to offer.

But what could the Bulls offer that would trump a package from the T-Wolves?

Minnesota had a strong 2021-2022 season. They finished 10 games over. 500 and were very competitive in their first-round series against the Memphis Grizzlies. However, they clearly need to make changes if they hope to make a deeper NBA Playoffs run next season.

D’Angelo Russell is the best chip the Timberwolves are willing to offer in a trade right now, and Moore believes he would be included in any trade for Gobert. On the flipside, Nikola Vucevic is sure to be a part of any trade package from the Bulls. On a base level, Russell would be a better return than Vucevic if they were the premier players shipped out in a Rudy Gobert trade. 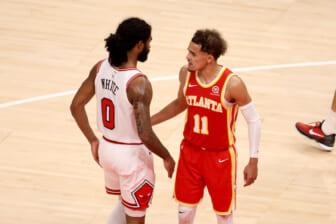 That is why Moore reports a belief in the league is that Chicago would need to add 2020 first-round pick Patrick Williams in a deal to overcome a rival offer from Minnesota.

“If the two primary suitors for a Gobert trade are the Bulls and Wolves, is Russell better than Nikola Vucevic and filler? This is why some executives speculate — and I stress this, speculate — that eventually Chicago will involve Patrick Williams in the deal. Without Williams, the Bulls’ offer may not be the best on the table. Whether that’s posturing from Utah or not, that’s the consensus,” Moore wrote.

Assuming Williams is included, a deal that might land the Frenchman in Chi-town would likely see the Bulls send Utah Vucevic, Williams, Alex Caruso, and first-round picks in 2023, and 2026 for the three-time All-Star.

The Gobert price will surely be high, but with four years and $170 million left on his deal, the market for taking on such a contract will be limited.