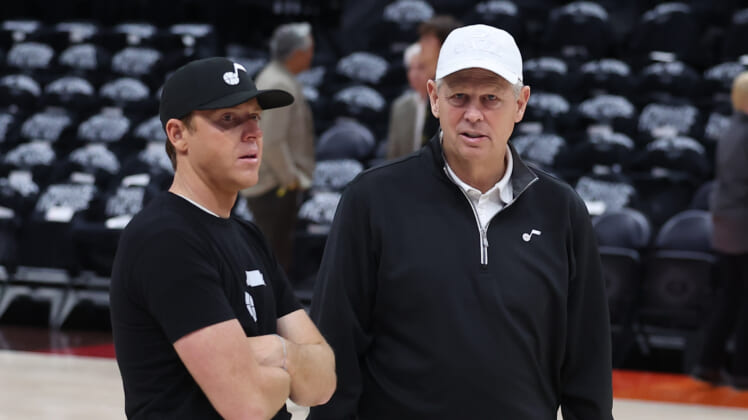 The Utah Jazz’s search for a new coach has reportedly come to an end as Boston Celtics assistant Will Hardy is expected to be named as the team’s new on-court leader.

On Tuesday, ESPN NBA insider Adrian Wojnarowski broke the news that the Jazz had finished their weeks-long pursuit of a new head coach. “The Utah Jazz has offered Boston Celtics assistant Will Hardy the franchise’s head coaching job and he’s finalizing a deal to accept the job, sources tell ESPN,” Wojnarowski.

Earlier this month, after eight seasons as head coach, Quin Snyder decided to step down from the role following a 372-264 stint leading the team. The move was a surprise, but one that had slowly built over several days as reports indicated that Snyder and the team’s front office were not aligned on the organization’s plans for next season.

The Utah Jazz was eliminated in the opening round of the NBA playoffs this past season. It was the third time in the last four years the team was bounced in the first round of the season-ending tournament. Since then, rumors have suggested that the team may seek to make some major overhauls to the roster in an attempt to improve on their recent performance and keep perennial All-Star Donovan Mitchell enthusiastic about the organization’s long-term direction.

Who is the new Utah Jazz head coach Will Hardy?

In the hiring of Will Hardy, current team president Danny Ainge has pulled a coach away from the Boston Celtics, the organization he previously served as the team president for. However, Hardy has built much of his NBA coaching resume by serving as an assistant for five seasons with the San Antonio Spurs under league legend Gregg Popovich.

There he met and befriended current Celtics head coach Ime Udoka. Hardy was brought along as an assistant on Udoka’s staff for his first year leading Boston this past season. The results were outstanding for both as the Cs made it all the way to the NBA Finals, losing in six games to the Golden State Warriors. 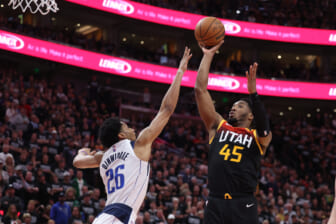 Also Read:
Donovan Mitchell could be preparing to request trade from Utah Jazz

Hardy was one of more than a dozen first-time and veteran coaches that interviewed for the job, including Jason Terry, Sam Cassell, and former Lakers headman Frank Vogel. The Celtics’ current president, and former head coach, Brad Stevens was also reportedly targeted by the Jazz for the position.