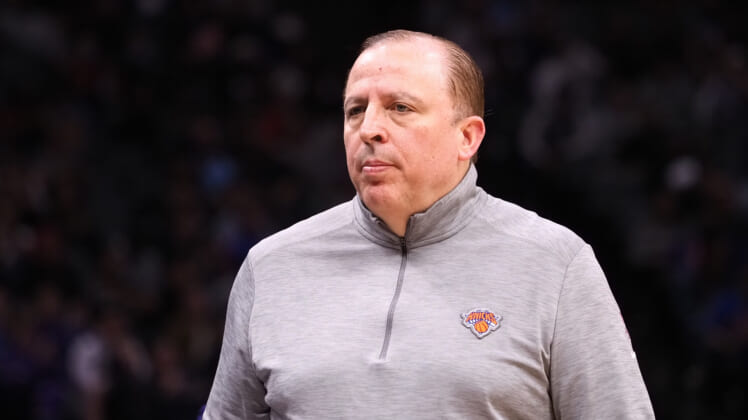 Despite a mostly rocky and disappointing 2021-2022 for the New York Knicks, last season’s NBA Coach of the Year, Tom Thibodeau, is expected to be back on the sidelines next season.

Last year, the Knicks were arguably the league’s biggest surprise. A team that was still in the midst of a rebuilding process, and had several veterans that never reached potential, ended up finishing with the fourth-best record in the Eastern Conference.

Heading into this season, there were high hopes for continued development in year two for Thibodeau and the boys. However, outside of the Los Angeles Lakers, the Knicks have been one of the biggest disappointments in 2021-2022.

With a little more than a dozen games left to play, the team has a 28-40 record, is twelfth in the conference, and trails the Charlotte Hornets by 5.5 games for the final play-in spot. The additions of veterans like Kemba Walker and Evan Fournier to a fourth seed have resulted in a polar opposite outcome from what New York fans saw last season.

However, despite a run over the last two months where the team went 3-13 and lost seven straight at one point, there is hope. In the new year, RJ Barrett has emerged as a legitimate All-Star level talent. Young talents like Obi Toppin and Jericho Sims have shown signs of strong positive development. After a terrible season, Julius Randle has started to look like the MVP candidate he was last season, and the team even won three straight in March. 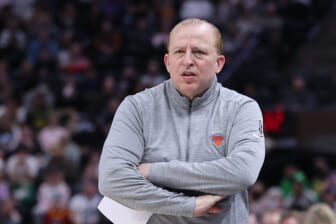 Also Read:
3 reasons why the New York Knicks should not fire Tom Thibodeau

It seems that those signs of life, and the desire not to return to the team’s coaching carousel traditions after two seasons have shifted management’s thoughts from removing Thibodeau, to where he is now expected to be back next season.

On Wednesday, Bleacher Report claimed that sources informed them that Knicks owner James Dolan gave President Leon Rose the power to keep or fire Thibodeau, just two years into a five year contract. B/R sources claim rose is not yet ready to move on from the former Chicago Bulls coach and he is expected back next season.

Related: Who has the all-time single-game scoring records for all 30 NBA teams?

In ten seasons as a head coach for the Bulls, Minnesota Timberwolves, and Knicks, the New York native has amassed a 421-317 record and a .570 winning percentage.