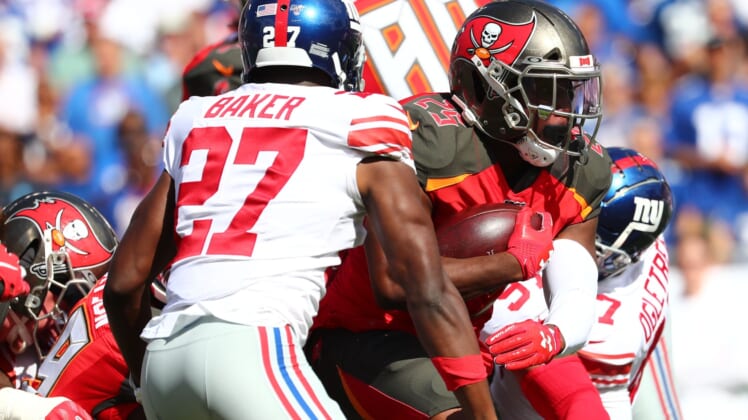 The New York Giants and Seattle Seahawks found themselves in the news for all the wrong reasons Thursday afternoon.

Reports surfaced out of Florida that Giants corner Deandre Baker and Seahawks defensive back Quinton Dunbar had arrest warrants issued for them after an alleged incident at a cookout on Wednesday.

A first-round pick of the Giants last year, Baker also allegedly told a third assailant to shoot someone at the cookout. This all stems from an incident earlier in the week in which the two were allegedly involved in a controversy during a poker game. All said, they allegedly stole about $70,000 in cash and other items.

Needless to say, this is an alarming allegation thrown in Baker’s direction after just one season in the NFL.

Despite this, Giants insider Ralph Vacchiano of SNY does not believe that the team will release Baker.

Depending on how this plays out legally and from a public relations standpoint, the Giants might not have a choice.

This doesn’t even take into account potential jail time Baker could be facing down the road.

There’s certainly going to be a lot more to this in the coming days and weeks. For now, the Giants are smart to let the legal process play out. As of right now, these are mere allegations.