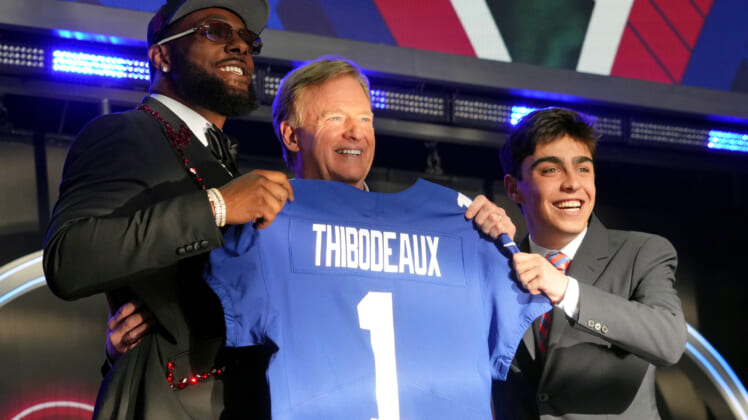 The New York Giants struck gold in the first round of the NFL Draft. With the fifth pick, they took Oregon edge rusher Kayvon Thibodeaux and then took Alabama offensive tackle Evan Neal at pick No. 7.

Time will tell how their careers will play out, but it’s possible New York landed the best edge rusher and best offensive tackle in the draft.

For the Giants, the draft couldn’t have unfolded any better as no offensive tackles were taken in the first four picks. Following their selections, general manager Joe Schoen said that he ranked the top three offensive tackles (Ikem Ekwonu, Charles Cross, and Neal) similarly, which is why he elected to take Thibodeaux at five and then grab the highest tackle that was left on the board at seven.

Both Schoen and head coach Brian Daboll are ecstatic about the players they selected, and feel they will make an immediate impact. Neal will be inserted as the team’s starting right tackle and Thibodeaux will start on the edge opposite Azeez Ojulari.

It’s been a tough five seasons for the Giants and their fans as they’re tied with the Jets for the worst record in the league (22-59). But with Neal and Thibodeaux on the roster, there’s reason to be optimistic that better days are ahead.