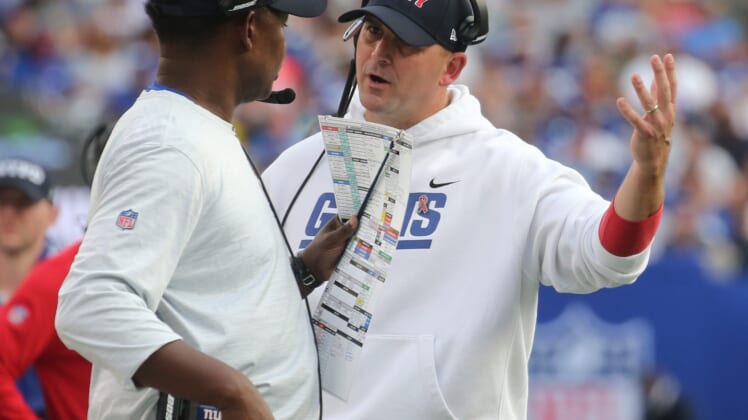 Daniel Jones and the New York Giants were looking for their first win of the season against the Washington Football Team Thursday night.

Jones did his part, completing 22-of-32 passes for 249 yards while adding 95 yards on the ground.

Unfortunately, it was the New York Giants’ special teams that let them down big time on the road against Washington.

WFT kicker Dustin Hopkins missed a 48-yard field goal as time expired in the fourth quarter with his team down 29-27.

Shockingly, Giants defensive lineman Dexter Lawrence was called for an off-sides penalty on the play — giving Hopkins another chance. Like clockwork, the veteran nailed the field goal to give Washington its first win of the season.

Watch the two plays in all of their glory.

We really have to wonder what Lawrence was doing there. He was legitimately lined up darn near over the football and still found a way to jump prior to the snap.

Any divisional game is important. But that’s taken to a whole new level when it comes to a game between two playoff hopefuls in a mediocre division coming off season-opening losses.

Just a horrible way for the New York Giants to lose.