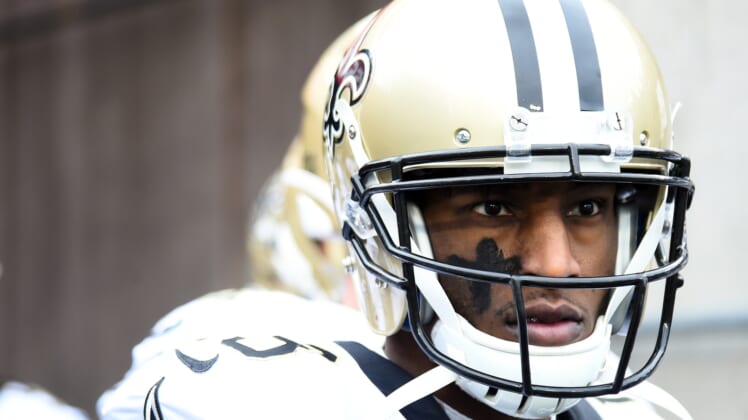 New Orleans Saints wide receiver Michael Thomas wasn’t necessarily a surprise inactive for Week 5 against the Los Angeles Chargers. Rather, it’s why he was inactive in the first place.

Coming off a record-breaking 2019 NFL season, Thomas had been dealing with an ankle injury that cost the All-Pro three games earlier in the season. When news broke on Sunday that Thomas was going to be inactive for Monday night’s game against the Chargers, it was to be expected.

However, further reports surfaced indicating that Michael Thomas would not play due to the fact that he got into a fight with teammate Chauncey Gardner-Johnson. That included Thomas throwing a punch. The star receiver has now seemingly responded to the altercation on social media.

The first tweet is a reference to the song “Support You” by Lil Durk. There’s obviously reasoning behind Thomas sending that message one day after the Saints played without him.

However, that second tweet is even more interesting in that Michael Thomas is saying he was not healthy to go Week 5 in the first place. That might have made the Saints’ decision to keep him inactive much easier in the grand scheme of things.

Jeff Duncan of The Athletic notes that Thomas’ suspension could have stemmed from a clash between him and Saints coaches, Sean Payton included.

“Multiple sources said the suspension had less to do with Thomas’ role in a fight with teammate C.J. Gardner-Johnson during practice on Saturday than it did his actions after the fracas. Thomas, they said, talked back to coaches, including Payton, and obstinately refused counsel afterward,” Duncan reported. “The Saints were left with no other recourse than to ice their best receiver 24 hours before kickoff.”

The modern NFL has seen multiple big-name receivers clash with their organizations. Most recently, that has included the likes of Odell Beckham Jr. when he was with the New York Giants and current free agent Antonio Brown with multiple teams.

This certainly isn’t something New Orleans wants as the team heads into its Week 6 bye with a mere 3-2 record. Thomas remains the Saints best player. They will need him to have his head in the game moving forward if the team’s title aspirations are to come to fruition. For now, things are not looking great on this front.