Saints’ star Michael Thomas out for Week 5 after fighting teammate 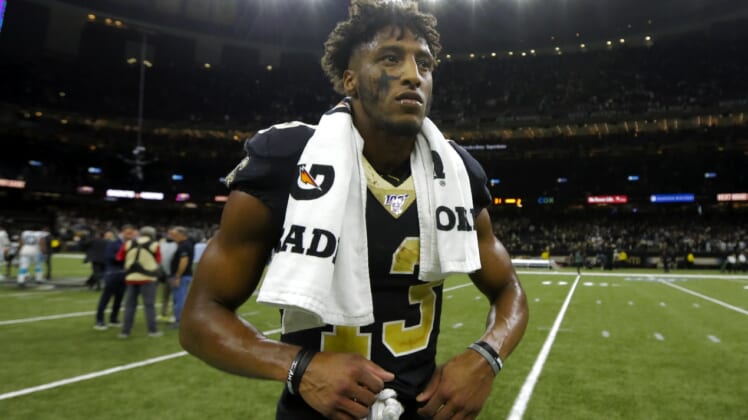 New Orleans Saints star Michael Thomas will miss Week 5 against the Los Angeles Chargers after reportedly fighting a teammate on Saturday, leading to the team suspending him.

Thomas, who missed three games with a high-ankle sprain, was expected to return to action on Monday Night Football. He practiced all week, but will now be sidelined once again.

As first reported by ESPN’s Adam Schefter, Thomas reportedly had an altercation with a teammate during Saturday’s practice. According to NFL Network’s Tom Pelissero, the All-Pro weapon punched safety Chauncey Gardner-Johnson during a scuffle.

New Orleans was elated to get its record-breaking receiver back on Monday night. Across Thomas’ three absences coming into Week 1, the Saints posted a 1-2 record and Drew Brees struggled.

Fights between teammates aren’t especially uncommon, with competitive athletes sometimes getting heated during the season. It’s why Gardner-Johnson wasn’t disciplined and others potentially involved in the scuffle will play. Since Thomas took the unnecessary step of punching Gardner-Johnson, the Saints took action and sent a strong message to the entire team.

In his absence, Emmanuel Sanders will step in as the team’s No. 1 receiver. After recording just 33 receiving yards in his first two games, the veteran receiver is now showing great chemistry with Brees. Over the past two games, Sanders has hauled in 10 receptions for 149 yards and a touchdown.