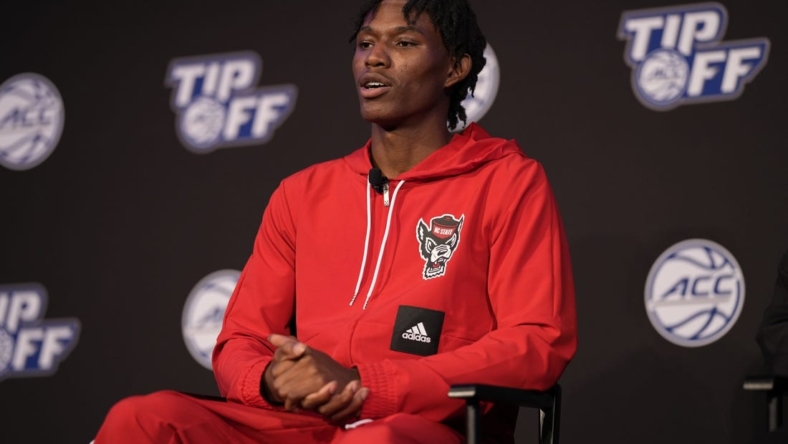 North Carolina State hopes the return of Terquavion Smith and the arrival of graduate transfer guard Jarkel Joiner will lead the Wolfpack’s turnaround following their first 20-loss season in the program’s 110-year history.

The Wolfpack will look to make last year’s 11-21 record, which included a 4-16 mark in Atlantic Coast Conference play, a distant memory when they host Austin Peay on Monday in Raleigh, N.C.

Smith, a guard who averaged 16.3 points and 4.1 rebounds per game, declared for the NBA draft last spring following his freshman year before changing his mind.

He’ll be joined in the backcourt by Joiner, a point guard who averaged 13.2 points and 2.3 assists per game for Ole Miss.

“I love to talk, I love to communicate,” Joiner said at the ACC Media Tipoff. “This team is amazing to be around. I’m very vocal. I like talking and being communicative and learning from my teammates from Day One was the goal.”

NC State has an array of returning guards, including Breon Pass, Chase Graham and Alex Nunnally, to fill the void. The Wolfpack also need sophomore forward Ernest Ross and redshirt junior forward Greg Gantt, who were both injured for most of last season, to contribute more this year.

Austin Peay, which is in its first season in the Atlantic Sun, went 12-17 overall and 8-10 in the Ohio Valley Conference last year.

“My goals are to win Player of the Year and at least be first-team all-conference,” Hutchins-Everett said.

“We can do anything when we are together and there’s nothing that can get in our way if we believe in each other.”