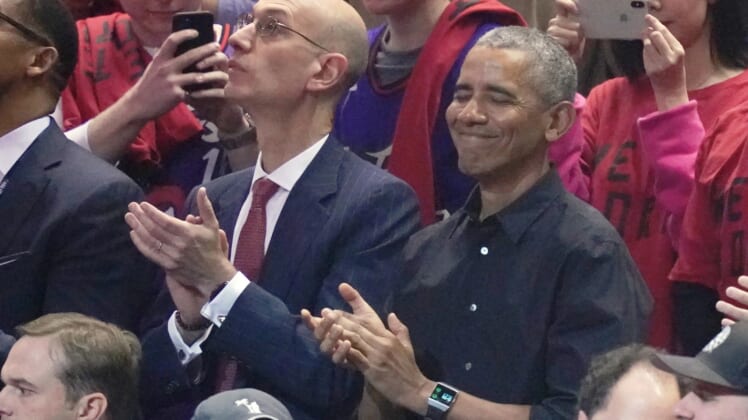 The NBA continues to take in on the chin after a social media post from Houston Rockets general manager Daryl Morey angered China.

Said post sided with pro-democracy protesters in Hong Kong, leading to the Far East’s biggest nation threatening to end its relationship with the Association.

Fresh off the Lakers and Nets playing two preseason games in the communist nation, comes this report that several players met with NBA Commissioner Adam Silver.

According to ESPN’s Rachel Nichols, said meeting was contentious. It led to some unnamed players questioning whether there’s a double standard around the Association.

“During the meeting with the players, sources said, Silver was directly asked whether anything would happen to Morey, as several players said they believed that if a player had cost the NBA millions of dollars because of a tweet, there would be repercussions,” the report read.

The NBA already announced that Morey will not face any discipline. Silver himself also went on record supporting free speech, a stance that has angered the oppressive regime in Beijing.

All the while, NBA players have been afraid to speak up about the hot-button topic. This comes at the same time that teams are preparing for a smaller salary cap moving forward due to the financial implications of the current spat with China.

Whether there is a double standard here is left up to interpretation. What we do know is that a usually boisterous NBA and its star players have been shockingly quiet on the topic.