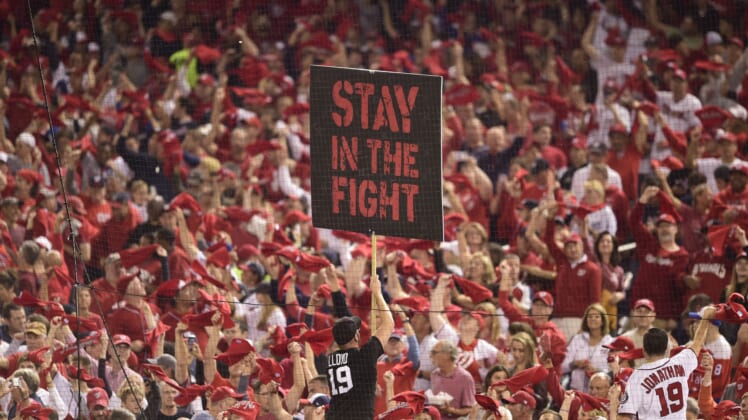 The nation’s capital is excited after watching their Washington Nationals take out the Los Angeles Dodgers in dramatic fashion in Game 5 of the NLDS on Wednesday.

This excitement has turned into a high demand for tickets to the Nationals’ first ever NLCS appearance against the St. Louis Cardinals starting Friday.

In fact, tickets to Washington’s home games at Nationals Park are the most expensive of either LCS series — topping the New York Yankees.

Given how expensive Yankees tickets were during the league divisional series against the Minnesota Twins, this is some pretty shocking bit of information. An average of nearly $500 per ticket is insane.

Sports fans in the nation’s capital have not enjoyed a ton of success. The NFL’s Washington Redskins are a laughing stock. Meanwhile, the NBA’s Washington Wizards have fallen on hard times recently. It’s great to see this city hyped.

Expect Nationals Park to be popping for Game 3 against the Cardinals on Monday.