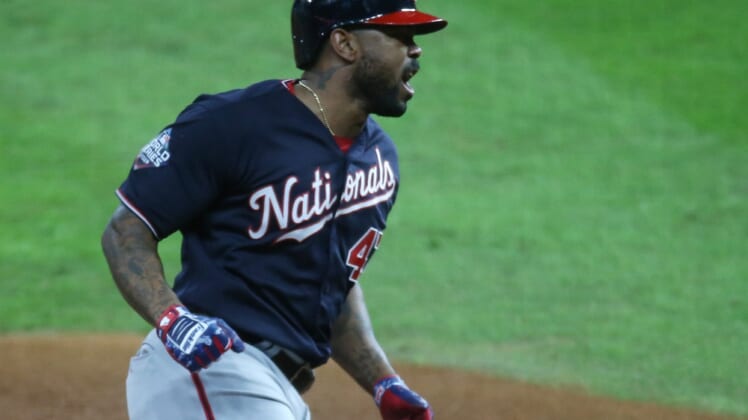 While the Washington Nationals won’t be able to retain all of their postseason heroes, the team has reportedly agreed to a deal that will bring back NLCS MVP Howie Kendrick on a one-year deal.

According to The Washington Post’s Jesse Dougherty, Kendrick’s deal will include a mutual option to extend it to a second season potentially.

According to USA Today’s Bob Nightengale, the one-year contract is worth $6.25 million in the first season, though details on the option haven’t been disclosed.

Kendrick became a fan favorite in Washington for his postseason heroics. He drilled the go-ahead home run in Game 7 of the World Series, earned MVP honors in the NLCS and hit the epic grand slam in Game 5 of the NLDS.

Of course, Kendrick played well even before October. He posted a .373/.423/.585 slash line with a 1.010 OPS after the All-Star Break, helping push the Nationals into the postseason.

The 36-year-old could be an option at first base or second base for the nationals, two areas of need with many of their key players currently free agents.