WATCH: NASCAR honors Dale Earnhardt at Daytona 500 on 20th anniversary of his death 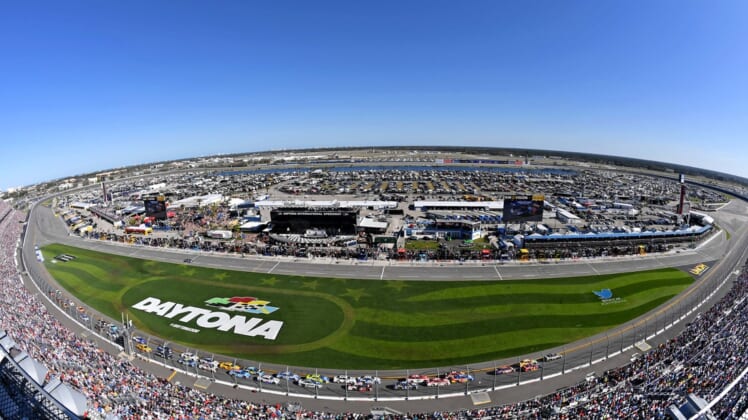 NASCAR forever changed on Feb. 18, 2001, when Dale Earnhardt was killed after a crash in the Daytona 500. On the 20th anniversary of that fateful day, the racing world honored their fallen icon.

The 2001 Daytona 500 was a race that forever changed the history of NASCAR. The sport lost its most beloved driver, Dale Earnhardt Jr. lost his father and the grim dangers of racing became too much to ignore.

Following Earnhardt’s death, NASCAR embraced safety like never before. Soon after, cars were made safer, drivers were mandated to wear Head and Neck Support devices and padding was added to the walls. Since then, not a single NASCAR driver in the sport’s top three national series has been killed racing.

As drivers came around for the third lap of the 2021 Daytona 500, drivers, crew, spotters and fans all honored their fallen hero by holding three fingers in the air and remembering the impact Dale Earnhardt had on the sport.

A year after Ryan Newman’s horrifying crash, which reminded so many of that fateful day 19 years prior, he is racing in the Daytona 500 on Sunday,

Before the heartbreaking crash, NASCAR fans talked about Earnhardt’s legacy as a driver and his seven championships. After that fateful day, he will also forever be tied to the changes racing made. His crash reminded everyone of how dangerous racing can be and the dedication to making everything safer for drivers has saved lives.