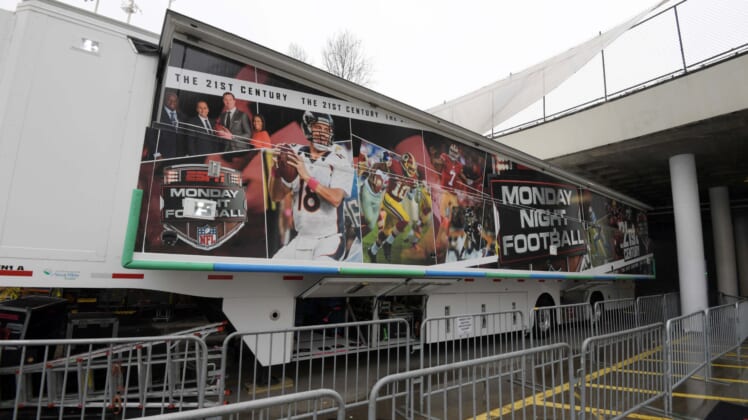 Even in a year when the schedule wasn’t great, ESPN’s Monday Night Football drew its highest total audience since 2015 with a spike in viewership for the second consecutive season.

In a press release on Friday, ESPN announced that its 17-game schedule averaged more than 12 million viewers. It also marked the show’s second year with an eight percent increase in viewership

The hunger for football on Monday nights remains strong for NFL fans as Monday Night Football was the most-watched cable series in 2019. ESPN’s weekly broadcast also accounted for 16 of the top-20 most-watched shows on cable this year.

According to ESPN, the Seattle Seahawks incredible win over the San Francisco 49ers on Nov. 11 drew the season’s highest ratings with 16.7 million viewers. It’s also great news for NBC, with the network set to close the regular season with the rematch on Sunday Night Football.

While the broadcast duo of Booger McFarland and Joe Tessitore drew plenty of criticism this season, especially towards McFarland for multiple gaffes, it clearly didn’t hurt the show’s ratings.