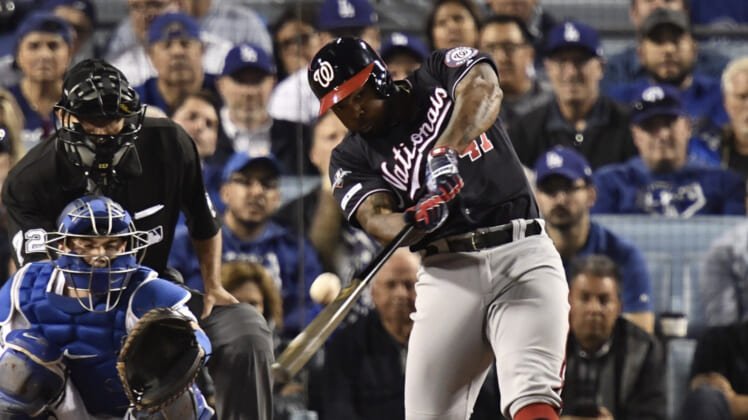 All the Washington Nationals needed from Howie Kendrick was a fly ball to the outfield in Game 5 of the NLDS. They got that and then some.

Kendrick launched a grand slam over the centerfield wall to put the Nationals up 7-3 in the top of the 10th and absolutely shock the Los Angeles Dodgers and the fans who had packed Dodger Stadium.

Being burned by a former Dodger after having Clayton Kershaw blow a two-run lead (watch here) will certainly be a bitter pill for those in Los Angeles to swallow.