2022 MLB season viewed as unlikely to start in April 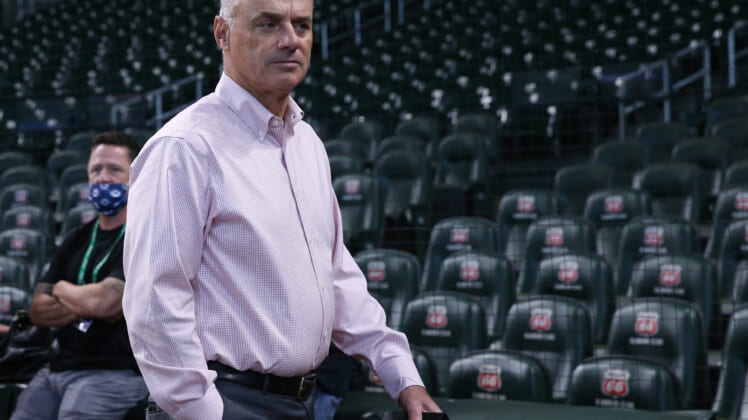 The Major League Baseball lockout that led to commissioner Rob Manfred canceling the first week of the MLB season could cost the league much more than expected. After already postponing Opening Day, the 2022 regular season might not begin for another month.

Manfred officially announced the cancellation of games on March 1, following extended in-person negotiations between owners and the MLB Players Association in Florida. An outcome that the MLB commissioner said would be ‘disastrous’ weeks prior is now a reality and it might not be close to ending.

While lead negotiations for both sides met Thursday for informal talks, things look bleak. With a 162-game schedule already off the table, there is now reportedly a danger of a month being wiped off the 2022 MLB season.

Evan Drellich of The Athletic reported Friday that industry sources “generally are not optimistic” about the 2022 season getting started in April.

The feeling around the league isn’t a surprise. When MLB imposed a lockout on Dec. 2, 2021, and didn’t submit a proposal for a collective-bargaining agreement for more than 40 days, it was done as a leverage play. Team owners were willing to push back Opening Day, hoping lost game checks would compel the players to accept MLB’s offer.

However, the players union prepared for this moment. A bad relationship between the MLBPA and MLB led to representatives for the players’ union educating their peers on the worst-case scenario in 2022. As pitcher Andrew Miller told The Athletic, players expected the MLB-imposed lockout to stretch past Opening Day.

“We’re prepared. We’ve seen this coming in a sense, it’s unfortunate, but this isn’t new to us.”

Multiple reports indicate team owners aren’t required to start paying back regional sports networks until around 25 games have been missed. It lines right up with the MLB schedule, meaning teams have weeks before the financial ramifications of a lockout really hit.

At a time when MLB should be taking advantage of a quiet end to the NBA regular season and the slow period in the NFL offseason, it’s in a lockout. Unfortunately for the future of the sport, that might be the case for several more weeks.