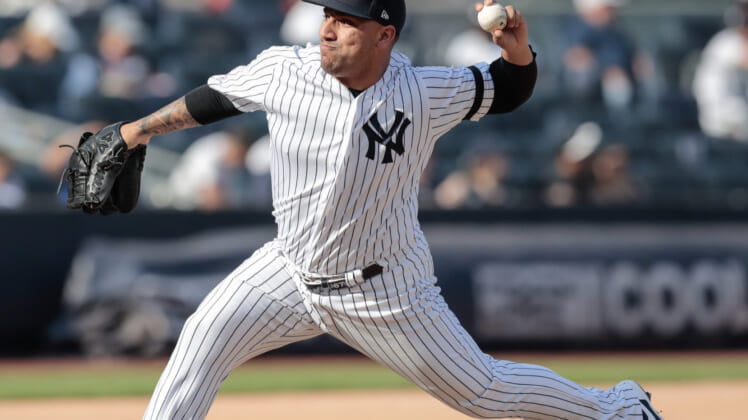 Seattle Mariners general manager Jerry Dipoto has always liked himself a nice little project. He apparently got that on Monday in the form of New York Yankees pitcher Nestor Cortes.

According to ESPN’s Buster Olney, Seattle has acquired the 24-year-old lefty in exchange for international slot money.

A native of Cuba, Cortes’ stats were not great in his only season with New York. He pitched to a bloated 5.67 ERA and 1.55 WHIP in 33 appearances.

However, there’s upside here. Cortes also struck out 69 batters in 66.2 innings. The long-downtrodden Mariners are hoping he gets it right in 2020.