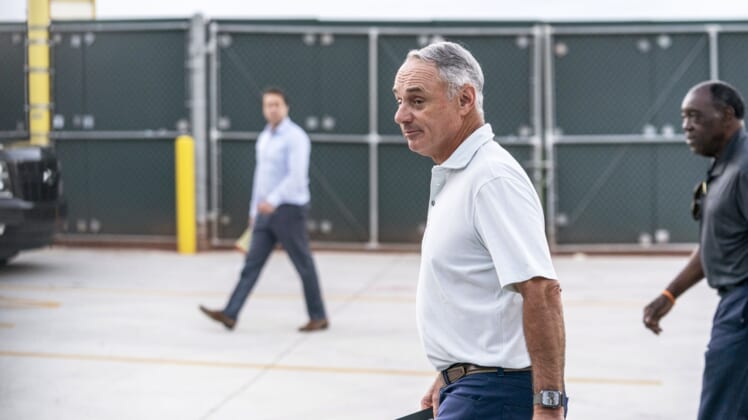 MLB Commissioner Rob Manfred held a press conference early Tuesday evening announcing that the first two series of the MLB regular season, including Opening Day, have been canceled after owners and the MLBPA failed to come to terms on a new collective bargaining agreement.

Unions reps and owners have been meeting around the clock all wee in an attempt to end a lockout that started back in early December. Unfortunately, a ton of issues remained outstanding.

These outstanding issues led to talks breaking off earlier on Tuesday after initial optimism that the two sides could come together.

With all of these issues still remaining, Rob Manfred took it upon himself to announce that regular-season games will be canceled for just the fourth time in the history of the league.

Already under a microscope for overseeing a downtick in interest in the game of baseball, Manfred found himself on the receiving end of major criticism throughout the MLB world.

For good reason. As we’ve seen with MLB TV ratings, interest in the sport is at an all-time low. An argument can be made that not only the NFL, but the NBA and college football have surprassed MLB in terms of interest in North America.

Unlike back in 1998 when Sammy Sosa and Mark McGwire engaged in an historic home run battle to save the sport following the 1994-95 strike, there doesn’t seem to be any way out of this mess for MLB. Manfred is public enemy No. 1. 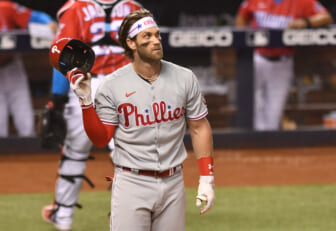